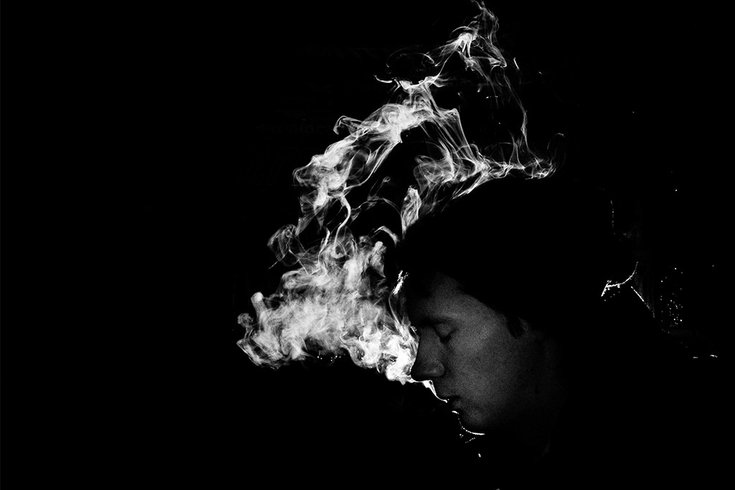 A couple days before Valentine's Day, we asked you to share your tales of neighborly woe. In other words, we asked – and still ask (see form at bottom of post) – you to take a few moments to fill out a handy Google document so we can be your passive-aggressive megaphone.

Many of you listened to us and have already shared stories about crazy neighbors who jackpotted your desire to sell a home and an illegal butcher shop next door.

Today, you weigh in about smoking. Specifically, smoke from various neighbors befouling your quality of life.

With no further ado, here are your stories (and if you have one of your own, by all means share it with us via the Google doc embedded at the bottom of this post):

From Steve W. in Center City:

Me and my girlfriend recently moved into a new apartment in Center City. Within a day we started smelling weed, which is fine. We have no problem with pot smoking and I even partake from time to time. Because of my girlfriend's job, she's unable to.

Eventually we realized the pot smoking was constant. Like, all the time: morning, noon and night, and it was permeating the entire apartment. It was as if someone was smoking pot IN our apartment. We weren't sure where it was coming from, the apartment on either side of us, the apartment above us or the apartment below us.

It got to the point when the apartment reeked of pot some even if they weren't smoking. Friends would come over and ask if we were smoking pot. I didn't want to call the management office, but it was getting to that point.

Again, I have no problem with the pot smoking or smelling it once in a while, but this was too much. I yelled out the window to get his or her attention, but they either didn't hear, or ignored, me.

Rather than getting confrontational to start, I left them a note under their door using a bit of humor. Later that night, there was a knock at my door, when I opened it, there's was a guy laughing, holding the note.

He apologized and said the note was hilarious (He looked pretty stoned at the time).

After that, we barely ever smelled pot smoke in our apartment and we're actually friends with our neighbors now!

Here's the note I left:

Howdy neighbors (aka Cheech and/or Chong),

Greetings from your neighbors to the left (Apt. XXXX)! Since moving in a few weeks ago, we couldn't help but notice or rather smell an enormous amount of weed and often.

Although we really don't mind it (and I even partake now and then), we usually keep our windows open and both the smoke and the smell literally fills up our apartment and remains for quite some time.

We often have friends over (some with small children) and quite frankly the apartment and our cloths are starting to wreak from the residual smell of pot.

Back in the days when we were in college and touring with the Dead, this would have been fine. But these days it can be an inconvenience.

We respectfully request that when smoking pot, you don't blow the smoke out the window as it usually goes directly into our apartment window and A/C vent. We recommend blowing it into a towel or the ol' bounce fabric sheet stuffed into a paper towel tube trick.

That one got us through several college years.

We appreciate your consideration in this matter.

What advice would we give people facing similar situations? Try to not be too confrontational, if you could avoid it and try to use humor, if you can. 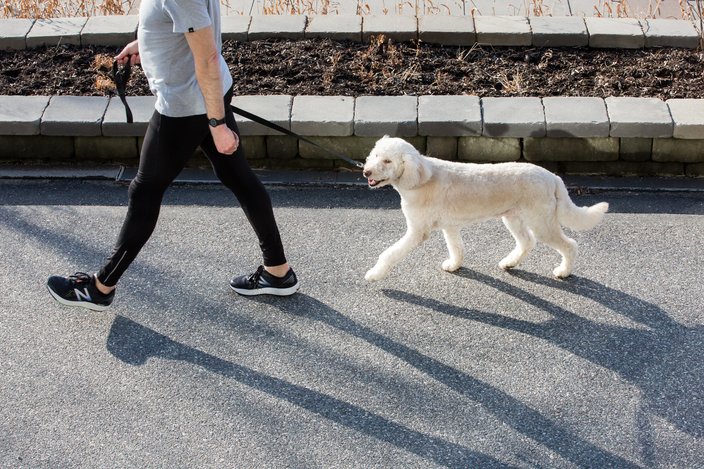 A man walking with his dog.

'I'M A BABY AND HATE CONFRONTATION'

From 'Neighbor in East Falls':

I can't stand cigarette smoke and my neighbor smokes CONSTANTLY out on his front porch. I can't open my windows or front door because the smoke comes into the house. It makes the house really hot because I can't open windows to get the air to flow through the house.

Also, East Falls (as you know) has a TON of dogs, and trees. And those trees have a lot of leaves.

In the fall, when people don't pick up after their dogs, which is often, and annoys me any time of year, it becomes very hard to see if you are walking through leaves, or walking through dog s***.

I have stepped in s*** way too many times when I can't tell if it's a leaf or not (walking home from the train at night) and words can't describe the anger I feel. If you don't want to pick up after your dog, DON'T GET A DOG. OK, rant over.

Both issues have never been resolved. I'm not going to ask a smoker to stop smoking on their property, and I can never find the dog owners that leave their dog s*** on the sidewalks. So, I watch where I walk.

Also, if I had more courage, I would talk to my smoker neighbor, but I'm a baby and hate confrontation.

In East Falls, near a popular bar, there is a guy who stands outside every single day and night at all hours. While standing outside, he consistently smokes, watches YouTube videos on his phone, coughs and loudly hawks loogies.

Sometimes, one can even hear this coughing/loogie cacophony while trying to sleep.

I've tried to resolve it by glaring at him, but no luck yet.

If you're a neighbor, keep your distance. Don't park near his house. You don't want him spitting those loogies at your car.

If you live with such a character, kick him out of your house. It's obvious he doesn't have an actual job or he'd have to leave his front lawn and abandon his loogie routine at some point.