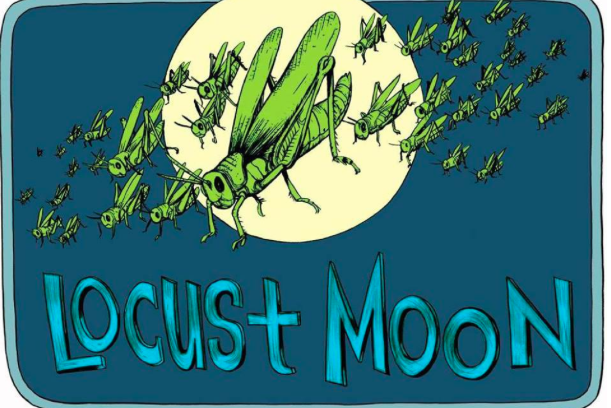 After opening six years ago, West Philadelphia comics shop and art gallery Locust Moon will close its doors by the end of 2015.

Thank you all from the bottom of our hearts for six wonderful years. We plan to redouble our focus on making and publishing comics. We've loved being a part of this neighborhood, and have cherished the chance to serve up piping hot comics to a smart and hungry readership.

Thank you for your passion, your superlative taste, your support, and all the love you've showered on our cats. We never would have made it this far without you.

In a message from his personal Facebook account, O'Neill elaborated on the meaning of the closure and where the team behind Locust Moon is headed.

we've been very lucky to spend the better half of a decade surrounded by beautiful books and astonishing people. locust moon, for better or worse, has always been less a business than a family.

but it's an uphill battle, trying to maintain an art-minded independent comic shop in west philly. we did the best we could, and made it this far due to the overwhelming support of so many of you.

as publishers, we're just getting started. we'll now be able to focus our attentions on making books full time. we're incredibly excited about that. locust moon is not dying -- it's still just being born. but our days as comic shop proprietors are coming to an end. and i can't lie -- i'm gonna miss this place.

During its six years on South 40th Street in West Philadelphia, Locust Moon became a vibrant leader in the comics community, not just locally but nationally. In addition to the Locust Moon Festival – which drew names like Mark Beyer, Alexa Kitchen and Chris Claremont – the shop produced an Eisner Award-winning Little Nemo anthology compiling the work of legendary cartoonist and animator Winsor McCay.

Earlier this month, Locust Moon launched a Kickstarter to fund the publication of the earliest known works of comic artist Will Eisner, which were discovered by New Jersey antiques collector Joseph Getsinger. To date, the Kickstarter has raised more than $34,000, far surpassing its $20,000 goal.

Check in at Locust Moon's Facebook page for events scheduled prior to the shop's closing.