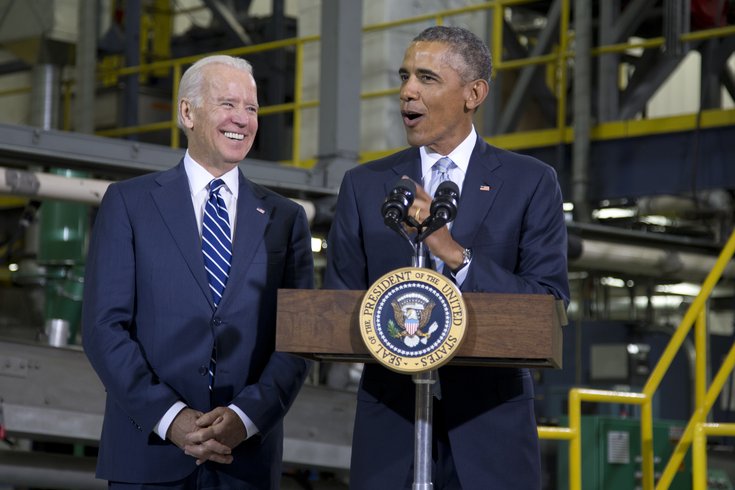 Biden's remarks came one day after President Barack Obama addressed the Democrats, who are on a retreat in Philadelphia. Obama addressed the 188-member caucus Thursday night, urging Democrats "to stand up and go on offensive and not be defensive about what we believe in."

"It is our obligation to make sure that we are crystal clear about what we stand for and who we are fighting for," Obama said. "We were all disappointed with the outcome with the last election, and there are a lot of reasons for it and I’m happy to take on some of the blame."

The retreat comes one month into the new Congressional session, which Republicans hold control of both legislative chambers. Democrats got walloped at the polls last November, losing control of the Senate and watching the GOP gain a record margin of power in the House. The party is now trying to regroup, say political observers.

Israel, D-N.Y., said that House Democrats will look to Obama to establish the agenda as the next presidential campaign season begins.

"House Democrats by ourselves will never create the message," Israel said. "The message is the president. Instead of having 150 messengers with 150 messages, we need one message amplified over 150 messengers."

The event also puts Philadelphia in the spotlight as the city tries to land the 2016 Democratic National Convention. The city is competing with Columbus, Ohio, and Brooklyn, N.Y. A host is expected to be announced in February.