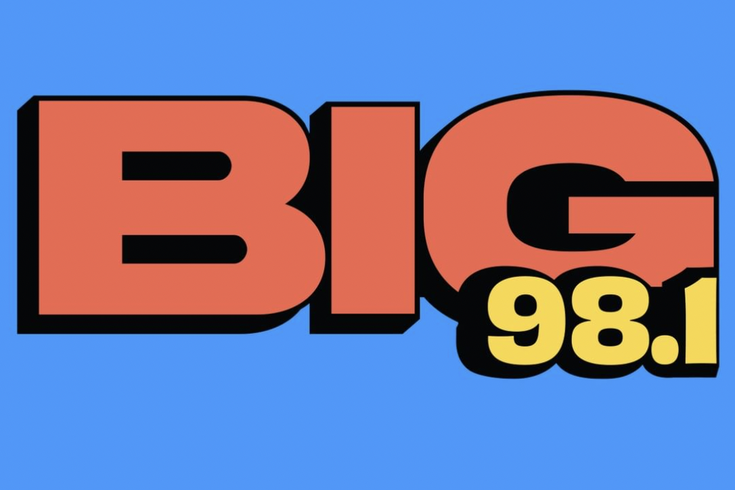 Big 98.1 will replace the longstanding Classic Hits 98.1 on the Philadelphia airwaves as station owner Audacy looks to maintain a target demographic of adults 25 to 54.

Philadelphia radio station Classic Hits 98.1 is going in a more modern direction with a new identity as BIG 98.1, further shifting the brand away from the Oldies 98 format that once ruled WOGL.

On Thursday, the Audacy station announced the change and played a selection of songs riffing on the new name, from Jean Knight's "Mr. Big Stuff" to Foo Fighters' "Big Me."

The rebrand marks the latest step in an evolution away from the steady diet of hits from the 1950's, 1960's and 1970's that defined the station in the 1990's. The Classic Hits 98.1 format took over nearly two decades ago and saw the station move toward more hits from the 1980's, with some music from the 1990's and some oldies throwbacks.

“We’re pleased to invigorate this local favorite with the launch of BIG 98.1, while continuing to give listeners a destination for classic hits throughout their day,” said David Yadgaroff, senior vice president and market manager for Audacy Philadelphia. “Over the years, the station has evolved frequently so it plays classic hits for the largest possible audience. The station remains one of the most listened to in the region and we’re looking forward to making further investments in its growth to continue serving our consumers.”

The station debuted Thursday morning with "The Coop Show" led by host Sean "Coop" Tabler. The rest of the hosts from the Classic Hits 98.1 format will not be kept on for the new station. Audacy said additional personalities for BIG 98.1 will be announced in the coming weeks.

BIG 98.1 will continue to play hits from Bon Jovi, Prince, Queen, The Police and other classic 1980's artists, but will now feature more music in the vein of Alanis Morissette, Green Day, Foo Fighters and Red Hot Chili Peppers.

Prior to the oldies and soul era in the 1990's, WOGL had been a disco station in the 1970's and a Top 40 hot hits station for much of the 1980's under the ownership of CBS Radio, which merged with Philadelphia-based Audacy (previously Entercom) in 2017.

Those who want an oldies fix still have the option of checking out dedicated stations on the Audacy app. R&B oldies also remain the focus of Classic 107.9.

BIG 98.1 listeners can tune in to the station in Philadelphia on air and nationwide on the Audacy app and website.