'A truly viral event before the birth of the internet' 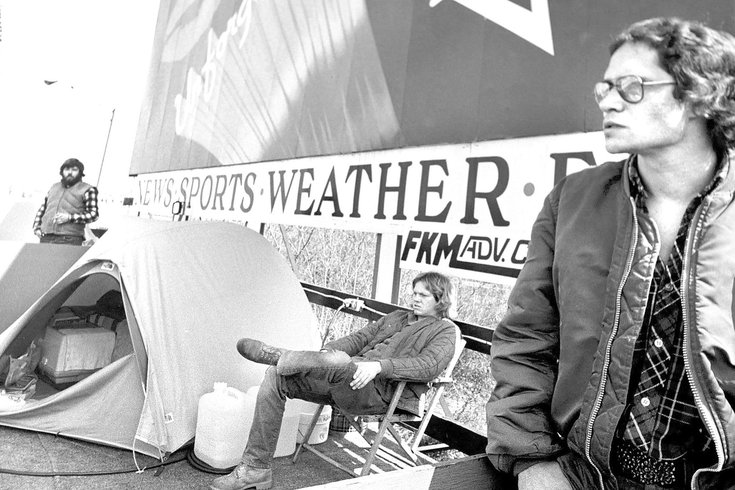 "The Billboard Boys" tells the story of several people camped out atop a billboard in Whitehall Township as part of a radio contest, with the last person standing winning an $18,000 mobile home.

In 1982, a small radio station in Allentown started a promotional contest, which ended up lasting 261 days and captured the nation's attention.

Now, the stranger-than-fiction story will be shared in a new documentary from director Pat Taggart called "The Billboard Boys."

Below is the documentary's official synopsis.

How long could you live on a billboard over a busy highway? That’s the question that three men set out to answer in 1982 as part of an AM radio contest in Allentown, Pennsylvania. The winner would receive a mobile home, no small prize for the recession-stricken area where unemployment was rampant and mortgage rates were a whopping 18 percent. What was expected to last 30 days or less turned into a marathon battle of wills, an international symbol of America’s dire economic condition. This was 'Survivor' before reality television and was a truly viral event before the birth of the internet. Sometimes truth is better than fiction, and this remarkable true story has it all: conflict, hope, heartbreak and a lot of laughs.

The premiere screening of "The Billboard Boys" will take place on Thursday, May 18, at 7:30 p.m. at The Ambler Theater. There will also be a screening on Sunday, May 21, at 1:30 p.m. at the historic Colonial Theatre in Phoenixville.

Check out the trailer, which has some intriguing sound bites, including, "I'm probably the only person in history to be arrested for selling pot from a billboard" and "He was up there longer than we were married."