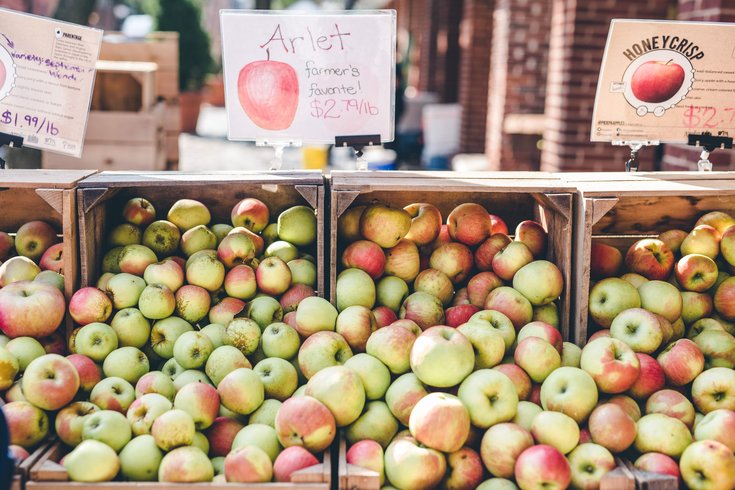 A rarer variety, the Artlet is one of Three Springs Fruit Farm's top picks of the season.

Once Ben Wenk gets on the subject of apples, it’s hard to slow him down. The self-described “apple nerd” is the seventh generation to farm his family’s land in Adams County, Pennsylvania, where he grows peaches, berries, vegetables, tomatoes and, yes, more than 40 varieties of apples.

On Sundays, you’ll usually find him at Headhouse Farmer’s Market helping customers navigate his stand’s overflowing bins of ripe fruit. Whether he’s pushing his current favorite snacking apple (Arlet) or helping someone pick the right varieties for the perfect pie, Wenk is genuinely happy to share his knowledge and broaden shoppers’ fruity horizons.

“People ask me all the time, is this all just an act, do you just like to talk about apples because you sell them?” says Wenk. “I’m like, no, I really live and breathe apples.”

Here, Wenk offers tips on selecting and storing fruit, discusses the launch of his new Ploughman hard cider, and shares his plans for putting Adams County orchards — and his Three Springs Fruit Farm — on the map.

Shopping for and storing apples

“If you really like apples, go to your local farmer’s market and figure out who’s gonna be your apple guy or your apple gal, your trusted purveyor,” says Wenk. So many variables affect fruit — from temperature to rain to storage — and no one knows the product better than the person who grew it.

Failing that, shoppers should look for grocery stores that make an effort to keep apples colder than room temperature. “If they’re sourcing directly from a single farm, that’s also a good sign,” says Wenk.

Thanks to today’s advanced storage facilities, consumers have access to local apples year-round. Wenk says it’s best to choose those that are grown in the eastern United States, whenever possible. “They have a consistently better flavor than western, in my opinion. And you won’t have to worry about them bouncing 2,500 miles across the country on a truck,” he says.

When you get the fruit home, seal it tightly in a plastic bag and put it in the coldest crisper drawer. “You should be able to store just about any apple for a month in your fridge,” says Wenk. Some varieties will keep for much longer. “Fuji, for example, is a legendary great-storing apple,” says Wenk. 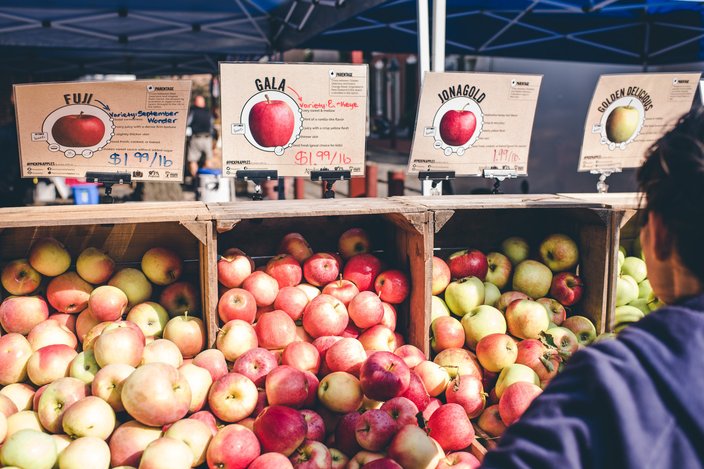 For families with children, Gala apples are an excellent go-to.

According to Wenk, the best apples for eating out of hand are both tart and sweet. “Arlet is my favorite for snacking right now. It’s got this creamy, syrupy fall flavor to it.” He fell in love with the variety while doing undergraduate research at Penn State’s horticulture department, but Arlet is not yet widely available outside of the Three Springs stand.

Wenk is also a fan of the ubiquitous Honeycrisp. “It’s all about that texture,” he says. His customers couldn’t agree more. “We sell almost four to one more Honeycrisp than any other one apple.” Honeycrisp fans are a passionate bunch, but those looking to branch out might want to try Jonagold, which has a similar flavor.

At Three Springs they use a base of Jonathan apple juice to give their ciders a “good, tart fall flavor,” but Wenk says Jonathan is also an underrated snacking apple. GoldRush, Pink Pearl, Red Gravensteins, Autumn Crisps and Cox’s Orange Pippin are some of Wenk’s other favorites, but they may be more difficult to find.

The “Cadillac of baking apples” are Bramley’s Seedling and Calville Blanc, says Wenk.

This year Wenk will bring Esopus Spitzenburg, a bold-flavored American heirloom variety, to market for the first time. “It tastes like 120 percent of a normal apple because it’s got so much sugar and so much acid. It was planted at Monticello and was rumored to be Thomas Jefferson’s favorite,” he says.

For pies, tarts and cooking in general, go with a blend of sweet and tart apples, advises Wenk. As far as texture, even apples of the same variety might have different cook times but aim for those in the same ballpark. “You don’t want to have some apples in your pie that crunch and some that are soft.”

Wenk likes the flavor and texture of Romes and Golden Delicious for baking. Pair them with something a little tarter like a York Imperial, a Pennsylvania heirloom from York County that goes back to the early1800s. Ida Red and Granny Smith are also excellent culinary apples, says Wenk.

The “Cadillac of baking apples” are Bramley’s Seedling and Calville Blanc, says Wenk. They’re difficult to source here, but Wenk hopes to change that. Always on the hunt for “the next big apple,” he’s been getting input from local chefs on which varieties they’d like to see in their kitchens. “There are some great culinary apples that I’m really eager to get in the ground,” he says.

For home juicing, Wenk favors Golden Delicious because of the rich amber color of its liquid. “It has beautiful clarity and shine, and the flavor is outstanding,” he says. 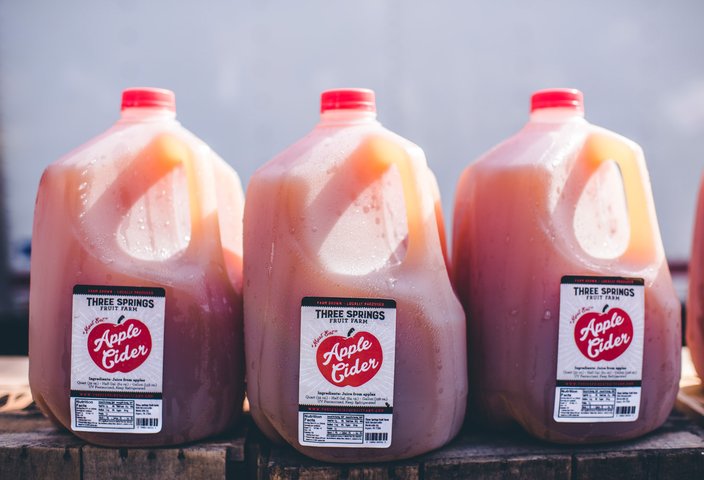 In addition to fresh apples, Three Springs sells cider, with and without alcohol.

Sometime before the new year, Three Springs will launch a new line of hard ciders called Ploughman, initially sold at farmer's markets and then at select restaurants.

“Rather than try to make one consistent blend all the time, we’ll do the responsible farming thing and take the best of what we’ve got and make something with that,” says Wenk.

Building on what he calls a “winemaker’s approach to making cider,” Wenk envisions the Ploughman line as a vehicle to draw attention to the quality of the orchards in his native Adams County, something akin to wine tourism in Napa Valley.

“Adams County is beautiful — it’s got sloping hillsides, wide open green spaces, and lots and lots of apple orchards,” says Wenk. “We’re the fifth-largest apple producing county in the United States and we’re really trying to get people to know about that.”

Wenk says that farming will always be his family’s main focus, but he has big dreams for the new Ploughman line. “The best expression of an apple is a well-made cider, and that’s what we want to do.” 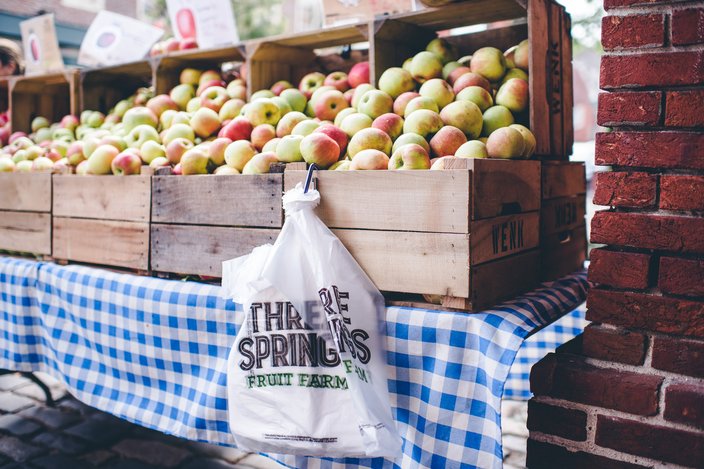 Wenk and Three Springs can be found at the Headhouse Farmer's Market most Sundays.