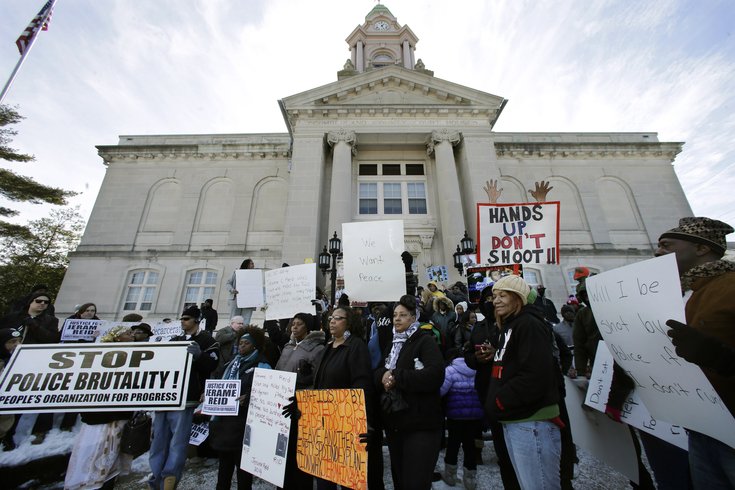 A group of people stand in front of the Cumberland County Courthouse as they protest a fatal police shooting in southern New Jersey Saturday, Feb. 28, 2015, in Bridgeton, N.J.

A recent poll reveals a racial divide among New Jersey residents in regard to their confidence in the criminal justice system.

While three quarters of whites (75 percent) trust police to treat everyone equally, only 42 percent of black respondents agree.

“With racial tensions running high in the wake of a string of police shootings and other brutality against black suspects, these numbers should give public officials pause,” Krista Jenkins, professor of political science and director of PublicMind, said in a statement.

“Black residents in New Jersey look upon the criminal justice system with suspicion rather than trust," Jenkins added. "The racial divide in New Jersey is about on par with what’s been observed across the country.”

Overall, most residents (66 percent) trust the police to treat all suspects equally, regardless of race, the study found.