Brett Mandel: The darker the money the sweeter its use? 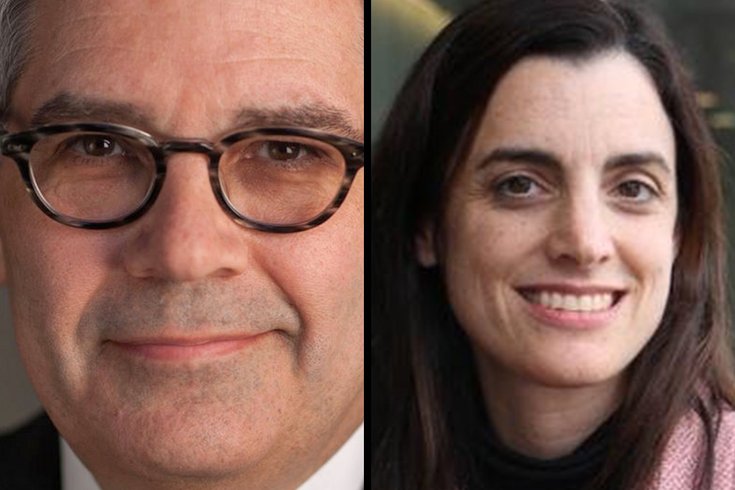 Something tremendous happened in Philadelphia politics on Tuesday night. First-time office seekers won the Democratic nominations for district attorney and city controller, riding a wave of progressive engagement to victory in what had, traditionally, been an election dominated by the city's political machine.

While the below-20-percent turnout was lackluster by any objective standard, it was much higher than previous DA/controller elections, which meant that a good number of additional voters who made up their own minds made it to the polls, easily canceling out the hacks and follow-the-party-lead voters who have traditionally participated in the election when turnout hovered around 10 percent.


While there is still a general election this November, future District Attorney Lawrence Krasner and future City Controller Rebecca Rhynhart represent something that doesn't happen all that often in Philadelphia – positive change. After watching District Attorney Seth Williams tarnish his office and frustrate so many who believed he would represent progress, Krasner's wholistic perspective on delivering justice for Philadelphia is a welcome change. After seeing City Controller Alan Butkovitz pull his punches and protect his political friends, Rhynhart's commitment to shine auditing light throughout city government is sorely needed.

Still, this wouldn't be a Philadelphia story without a little cloudy lining on the silvery victory shine.

What we think of as the Democratic political machine may not be dead – but it is incredibly fractured.

The fact that Lawrence Krasner's flight from activist defense attorney to top city prosecutor was borne on the wings of dark-money spending that evaded the city's campaign-finance limits should be troubling to all who are frustrated by the outsized role that money plays in Philadelphia politics. I do not believe for a moment that the fact that he benefited from the remarkable spending of outside influencers means that Krasner is corrupted. But, there can be no doubt that if we establish a system where a public office can be bought, even if we like the goals of the purchaser, it will certainly be bought for lesser reasons in the future.

We must re-evaluate the role of independent expenditures in our local elections to ensure that a candidate’s campaign financial wherewithal has more to do with a candidate's popular support and less to do with that candidate's appeal to deep-pocketed special interests. A system of public finance for local elections continues to be a bright way to blunt the impact of dark money.

Another, perhaps lesser-noticed, takeaway from the auspicious election results is that, what we think of as the Democratic political machine may not be dead – but it is incredibly fractured. Because city Democrats did not unify behind a single candidate for district attorney, each city ward was free to print its own ballot to recommend its choice for voters. This opened up a free-for-all situation where official (and lots of look-alike) ballots recommending combinations of candidates varied from neighborhood to neighborhood. Taking advantage of this "flexibility" various candidates running for offices including city controller and various judge positions were able to find support among voters who generally follow the recommendation of their local political committee people.

Looking at the returns, it is clear that Tuesday's winners did not just receive votes in city neighborhoods where independent-minded voters have traditionally been the majority. This suggests that a significant number of people who traditionally vote for the names on the ballots handed out at polls, found themselves with a ballot including some fresh faces in their hands.

Getting on those ballots often involves an exchange for monetary or political consideration. It is a system that perpetuates the little fix and the you-scratch-my-back-I'll-scratch-your-back culture that holds Philadelphia back.

With turnout higher than in past DA/controller elections, and a multitude of official and unofficial ballots circulating on the street, the "machine" could not overwhelm independent voters. This was a very good thing. However, the fact that voter turnout remains pathetically low is an embarrassment. The reality that the low turnout contributes to a situation where paying for ballot slots makes more sense than paying to communicate directly with voters should continue to be troubling.

The only way to blunt the influence of the hackocracy is to outvote them and the only way to outvote them is to turn out. The powers that be in Philadelphia politics are weak today, but politics, like nature, abhors a vacuum. New power brokers will emerge to try to dominate the ward structure. If more people who think for themselves vote in local elections, then those elections will be about candidates communicating positive messages to voters. If not, those elections will be about candidates cutting deals with the new power brokers.

So where do we go from here? Hopefully toward a Philadelphia where justice matters when it comes to public safety and toward a Philadelphia where effectiveness matters when it comes to public finance. The best way to get there is to make sure that our local elections are not for sale to the highest special-interest bidder and to make sure that more Philadelphians vote in our local elections.