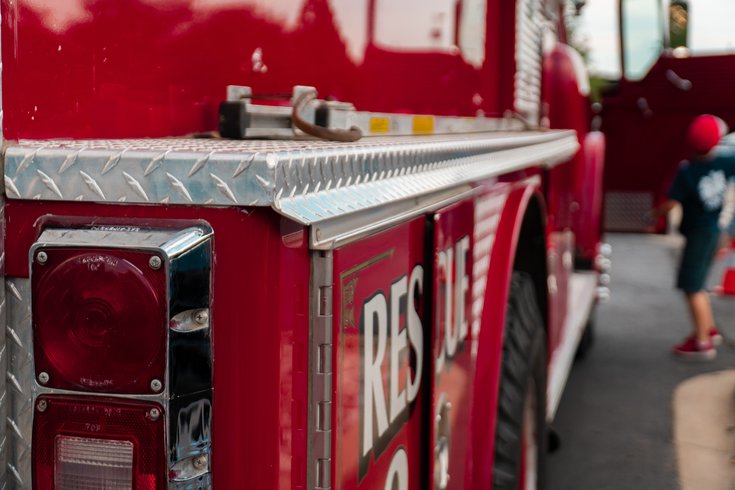 Members of the Briarcliffe Fire Company in Darby Township, Delaware County have been accused of making racist remarks about Black firefighters, residents and Fanta Bility on a Zoom call in January.

A Delaware County volunteer fire department whose members were accused of making racist comments about Black firefighters, residents and Fanta Bility has dissolved.

The Briarcliffe Fire Company in Darby Township voted Wednesday to voluntarily shut down its operations due to "frenzied public perception not based in fact," an attorney representing the department told 6ABC.

Attorney Robert Ewing maintained the fire company's innocence, noting an investigation into the incident by the Delaware County District Attorney's Office found no crimes had been committed.

"The Briarcliffe Fire Company strongly denies that anyone in the township was ever treated differently or discriminated against based upon their race," Ewing wrote in a letter. "(The fire department's) members are volunteers who do not want to continue risking their lives if they are not appreciated. (The firefighters') time will be better spent enjoying time with their families or filling the hours with paid employment. This valuable township resource will now cease to exist."

The fire company's decision to disband became official at a Darby Township Board of Commissioners meeting Wednesday night.

Members of the Briarcliffe Fire Company were accused of making racist remarks about Black firefighters and residents, as well as disparaging jokes about Fanta Bility, during a Zoom call with neighboring fire departments in January.

The Briarcliffe Fire Company was joined on the call by the neighboring Goodwill and Darby fire companies. The virtual meeting was being held to discuss a possible consolidation of the three stations. State and county officials also were on the call.

After state and county officials left the meeting, Briarcliffe members allegedly began making racial slurs about Black firefighters from the other companies and the number of Black residents living in the area.

Firefighters from the other two companies had remained on the 90-minute-plus call and heard the derogatory comments. The two companies and Delco Resists, a community organization, informed the Darby Township Board of Commissioners of the incident in February. The Briarcliffe Fire Company was then suspended.

Bility's family said at the time it was "appalled" by the remarks and called for further disciplinary action against the fire company.

"To speak of her with such disrespect, shines the light of shame on those people at the firehouse making the remarks and reflects negatively on those good and true first responders who pledge their lives to the service of all members of the community," Bility's family said.

The fire company has arranged to return the fire trucks that belong to the township. The department is also expected to help Upper Darby and Delaware County Emergency Services with fire and ambulance calls in the meantime.

However, members of the Delaware County Black Caucus said Wednesday that more action needs to be taken to prevent members of the fire company from working at another firehouse in the county.

"It's not a matter of whether it did happen or didn't happen, it's on tape," Sen. Anthony Williams said. "Those individuals can be identified and the members of that fire department can either decide, you know, we're going to say, 'We don’t want to associate with them anymore. These are the individuals that did it. We didn't do it. We want to participate.' Or all of them should serve the consequences of what all of us would."

The Upper Darby Fire Department will now be responsible for the area that the Briarcliffe Fire Company was once covered.