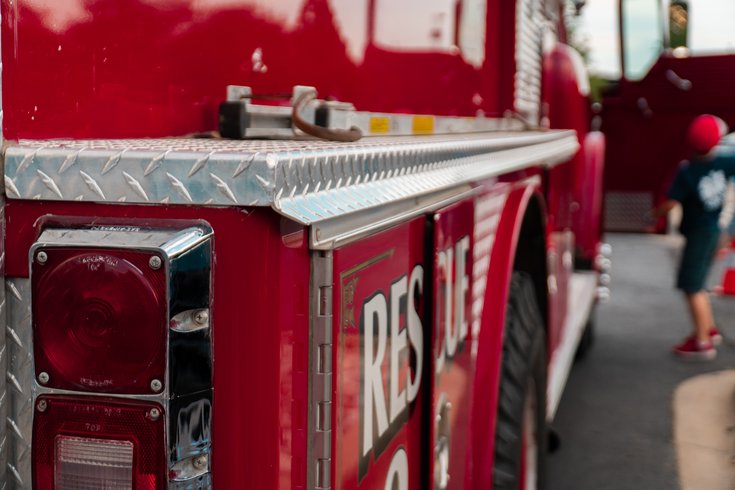 Members of the Briarcliffe Fire Company in Darby Township, Delaware County are accused of making racist remarks about Black firefighters, residents and Fanta Bility on a Zoom call last month.

The family of Fanta Bility is calling for disciplinary action against the Briarcliffe Fire Company members who made racist remarks on a Zoom call last month. Their comments included disparaging jokes about the late 8-year-old girl.

Darby Township commissioners suspended the fire company for at least 30 days in light of its members' comments, which also included racial slurs about Black firefighters and residents. The Delaware County District Attorney's Office is investigating the incident.

Bility's family said it was "appalled" by the remarks and joined calls for an investigation.

"To speak of her with such disrespect, shines the light of shame on those people at the firehouse making the remarks, and reflects negatively on those good and true first responders who pledge their lives to the service of all members of the community," Bility's family said in a statement.

"By brazenly mocking Fanta and her death, some associated with Briarcliffe Fire Department did a disservice to the community they are sworn to protect, thereby reopening wounds from that fateful night when Fanta lay mortally wounded, though conscious, knowing her life drained away. To trivialize what this young girl endured that night gives new meaning to the descriptive 'despicable.'"

The Briarcliffe Fire Company was joined on the Jan. 27 call by the neighboring Goodwill and Darby fire companies. The virtual meeting was being held to discuss a possible consolidation of the three companies. State and county officials also were on the call.

After state and county officials left the meeting, Briarcliffe members began making racist remarks about Black firefighters from the other companies and the number of Black residents living in the area.

Firefighters from the other two companies had remained on the call and heard the derogatory comments. The two companies and Delco Resists, a community organization, informed the Darby Township Board of Commissioners of the incident in a letter Wednesday. Delco Resists also posted the 94-minute audio recording to its social media accounts.

Elected officials condemned the remarks, saying hate speech will not be tolerated.

"We know that this is not right to the residents, and we want to make sure that the residents are treated fairly," Delaware County Councilman Richard Womack said at a news conference Thursday. "And to have these kinds of actions taken and these kinds of remarks made, it's just unacceptable. We will continue to do what we have to do to make sure this does not happen again in Darby Township or in any other township or borough because no one should have to be subject to that."

"Such language has no place in civil society and is a betrayal of public trust when uttered by public servants," U.S. Rep. Mary Gay Scanlon wrote on Twitter.

"We must always stand against racism and bigotry," state Sen. Anthony Williams said. "Our light will drive out the darkness that has come from a group of firefighters in Delaware County."