Coll's Custom Framing will be hosting the showcase, which will feature never-before-seen work from local photographer Phil Ceccola 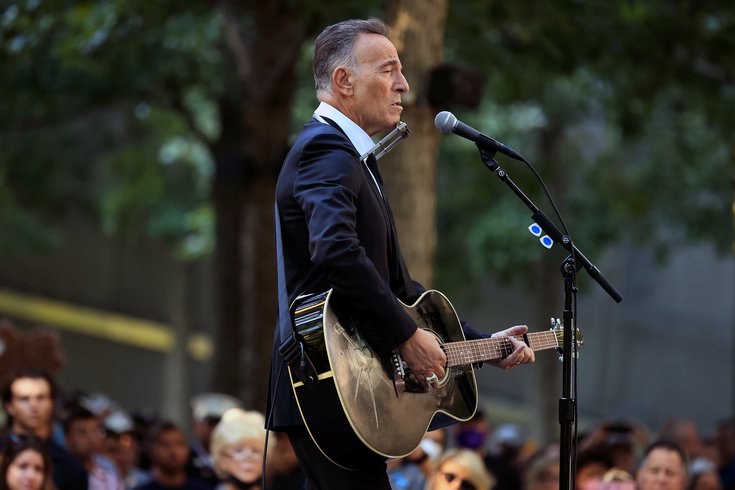 A collection of rare Bruce Springsteen photos, posters and hand-signed memorabilia will be on display at Coll's Custom Framing in Conshohocken from Feb. 12 through March 12.

A collection of exclusive Bruce Springsteen photos and autographed keepsakes will be on display again at a Montgomery County picture frame shop over the next month.

The exhibition will feature fine art photos taken of the musician by local photographers, rare posters and memorabilia hand-signed by The Boss himself. All of the items will be available for purchase.

Among the local photographers who will be featured in the gallery is West Conshohocken native Phil Ceccola. Ceccola, who passed away in 2003, took thousands of photos of Springsteen during the singer-songwriter's Rock and Roll Hall of Fame career.

Ceccola mostly documented the beginning of Springsteen's recording career in the early-to-mid 1970s. Many of his photos were taken when the New Jersey native performed at the now-defunct Main Point coffee house in Bryn Mawr. Some of Ceccola's pictures that will be on display have never been seen by the public until now.

Coll's Custom Framing hosted a photo and memorabilia showcase in February 2020 that was dedicated to the 45th anniversary of Springsteen's 1975 performance at The Main Point, which happened just months before the release of his iconic “Born to Run” album. The Main Point closed its doors in 1981.

The Philadelphia region has served as a popular location for Springsteen over his legendary music career. He has frequently performed by himself or with the E Street Band in concert halls, venues, stadiums and arenas across the area for nearly 50 years.

Springsteen won the Academy Award for best original song in 1994 for his emotional "Streets of Philadelphia" track that he recorded for the film "Philadelphia."