By the numbers: the Pennsylvania grand jury report on predator priests 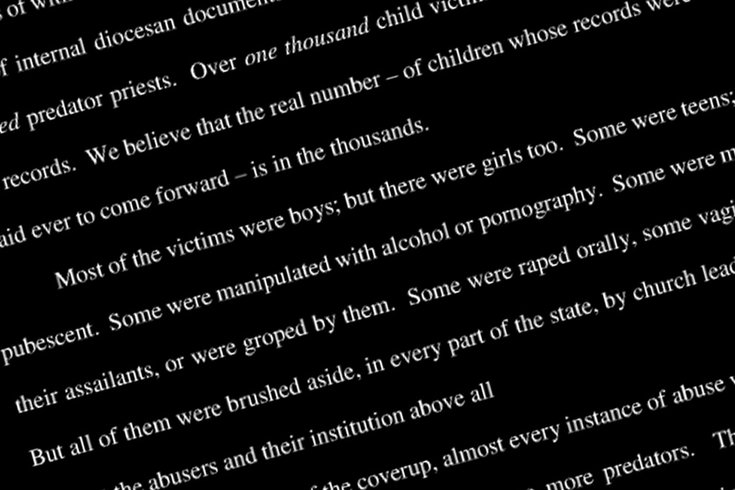 Detail of the introduction of the grand jury report on priest sex abuse in six Roman Catholic dioceses in Pennsylvania.

The report describes unspeakable crimes against children at the hands of priests, many of whom were aided and abetted by people associated with the Roman Catholic Church and others in the community.

"We spent 24 months dredging up the most depraved behavior, only to find that the laws protect most of its perpetrators, and leave its victims with nothing," the grand jury wrote. "We say laws that do that need to change."

The language in the report is shocking, but necessary for grand jury members to tell such "odious stories," as they put it.

Here's a list of some of the most common words and phrases in the grand jury's report, and how often they appear:

"sodomized with a crucifix" – 1