Kenny G, Sugarhill Gang and the O'Jays will play free concerts at Camden waterfront this summer

The performances in Wiggins Park overlooking the Delaware River are part of a series organized by Camden County every year. It also holds similar free events in Pennsauken and Haddon Heights. 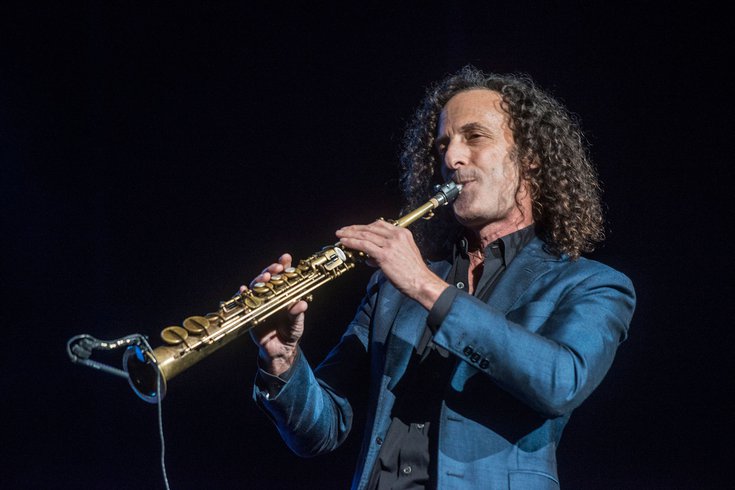 Saxophonist Kenny G is one musician who perform as part of Camden County's free Summer Jazz Series in Wiggins Park. There will be a Fourth of July concert, as well.

Some big names in the music industry and a few lesser-known artists from Philadelphia will play a series of free concerts along the Camden waterfront starting next month.

Kenny G will kick off Camden County's Sunset Jazz Series in Wiggins Park, which overlooks the Delaware River and Center City, at 8 p.m. on Monday, June 6. The saxophonist is one of the best-selling jazz artists of all time. He's known for his smooth, poppy sound.

There will be six more concerts in the series following that. All of them are scheduled for 8 p.m. on a Monday at the same venue.

The Sugarhill Gang, a Bergen County trio which made one of the first ever studio recorded hip hop tracks called "Rapper's Delight" in 1979, will play on August 1. The song was also the first in the genre to break the top 40 in the U.S.

Prior to this release, rap was only considered appropriate for live performances by many of the genre's fans.

Camden County will also host a Fourth of July concert, which will begin at 5 p.m. that Monday.

The 8 p.m. headliner will be the O'Jays, an R&B group from Ohio known for their big 1970s hits like "Back Stabbers" and "Love Train."

The group has many important connections to Philly. It was signed to Philadelphia International Records, a label based in the city which helped pioneer the Philadelphia soul sound, which was defined by its funk and big band influences.

The O'Jays were considered an important part of the genre despite their roots outside the city.

They will be preceded at 6:30 p.m. by Travel Lanes, a rock group from Philadelphia which describes itself as power pop on its Bandcamp.

While there is ample parking at Wiggins Park for those looking to drive, concert goers coming from Philadelphia will also likely be able to take the ferry.

Although the RiverLink Ferry's May 7 seasonal start date had to be pushed back due to maintenance issues, it will likely be up and running by the time the concert series begins.

The boat travels from a pier at the end of Walnut Street in Penn's Landing to Wiggins Park.

Those looking to take the train can also access the park via NJ Transit's River Line light rail service. Travelers from Philadelphia can transfer onto the light rail at the Broadway PATCO station in Downtown Camden.

Below is a complete list of the concert dates in Camden this summer:

All concerts are on Monday nights starting at 8 p.m. in Wiggins Park, which is located at 2 Riverside Dr. in Camden.