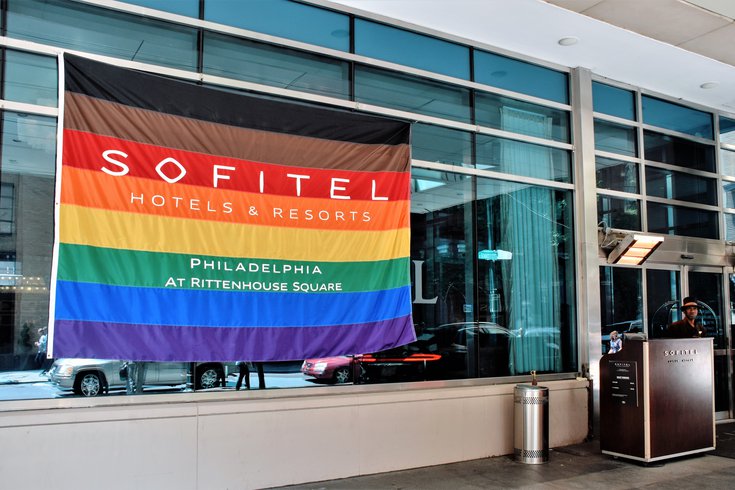 Sofitel Philadelphia at Rittenhouse Square will host weekly Drag Tea from 2 to 4 p.m. each Saturday in June to commemorate Pride Month. Tickets are $75, or $85 for bottomless mimosas, champagne, or bloody marys.

Pride Month is almost here. As Philadelphia prepares to celebrate its vibrant LGBTQ+ community with a revamped Pride Festival, other businesses are gearing up to commemorate the occasion.

The Sofitel in Rittenhouse Square is preparing to expand its annual observance of Pride Month with a lineup of special events. The hotel is also bringing back its Drag Afternoon Tea series each Saturday in June from 2 to 4 p.m. at its restaurant Chez Colette Brasserie.

Proceeds from the drag series are being donated to the William Way LGBTQ Community Center to support its ongoing programming and services.

Afternoon Drag Tea will be held on June 4, 11, 18 and 25. Two ticket packages are available for purchase.

For $75, guests receive the full food menu, tea and a complimentary glass of champagne, mimosa, or bellini. Guests who buy the $85 package receive all of that plus bottomless champagne, mimosas, or bloody marys. 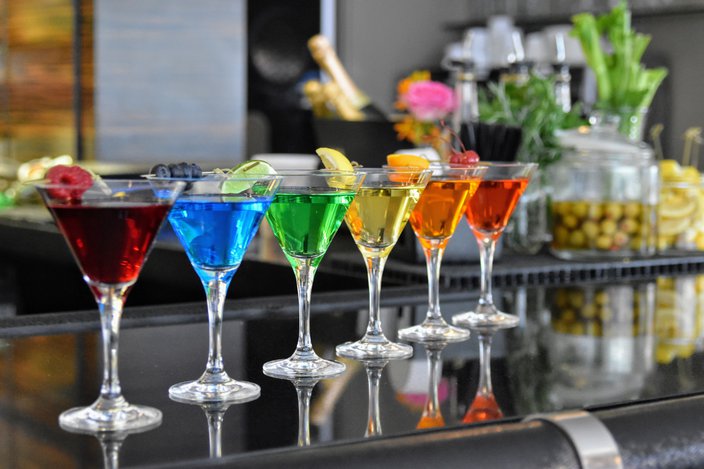 Sofitel Philadelphia at Rittenhouse Square will donate a portion of its proceeds from the Drag Tea as well as from purchases of the Liberté cocktail and select banquet menu items to the William Way LGBT Community Center.

She also leads the Miss Fancy Brigade, the only all-LGBTQIA brigade at the Mummers' Parade. Lynn is hosting the afternoon tea on June 11 and 25, as well.

On June 18, Drag Mafia member and performer Connor Michalchuk will host the afternoon tea. He's the current host and co-creator of Bearlesque, a body positive burlesque and drag show. Other artists set to perform include South Jersey's Miss Redd, Dominique Lee, Gay Sinatra and Lisa Lisa. The full list of Drag Mafia performers can be found on Sofitel's website.

"Sofitel Philadelphia is passionate about supporting our local community," said Angela Bauer, the hotel's general manager. "We are prouder than ever to celebrate June as Philly Pride Month and fly a giant Philadelphia Pride rainbow flag outside the hotel to publicly show our commitment to inclusiveness."

In addition to the flag set to fly outside of the hotel on 17th Street, Sofitel's lobby is being transformed into the Hall of LGBTQ Flags for the entire month of June. Guests who arrive at the hotel will be greeted with a locally designed Pride flag at the center of the lobby. Other flags include pride flags for the transgender, lesbian, pansexual, bisexual, gender fluid and nonbinary communities. 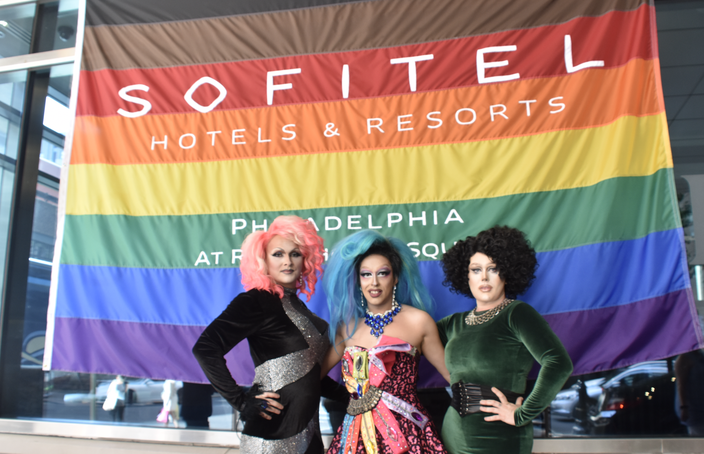 Brittany Lynn's Philly Drag Mafia will host and perform at each weekly Drag Tea. Lynn is the creator of Philly's Drag Queen Story Time, and leads the Miss Fancy Brigade, the only Mummers' Parade brigade made up entirely of LGBTQIA people.

Through June and the rest of the year, Sofitel will donate $1 per each banquet menu item sold that features the William Way Community Center logo to the LGBTQ organization.

Additionally, for every Liberté cocktail sold in the Liberté Lounge during June, Sofitel will donate $1 to William Way. Proceeds raised from the drink special will go toward William Way's programs for LGBTQ elders, as well as its Trans Resource Center.