'PHL Pride 50: Our Community, Our Joy' will take place from June 3-5, with a focus on inclusivity and community engagement 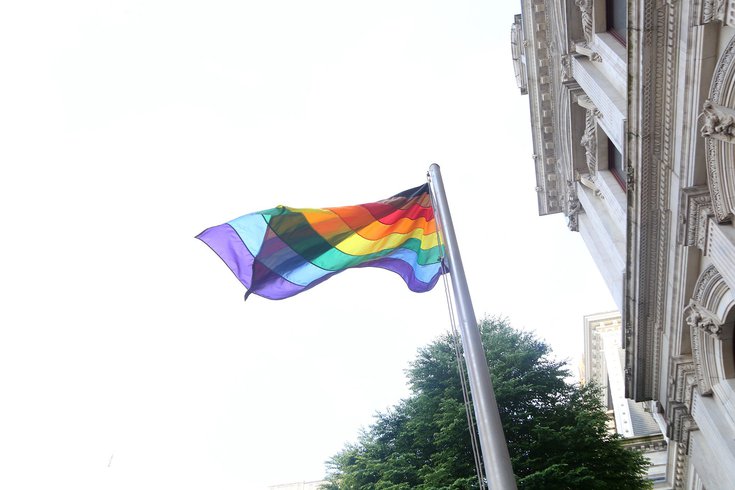 Philadelphia's Pride March and Festival will be held on Sunday, June 5 beginning at 11 a.m. at Independence Mall. Organizers at PHL Pride Collective will host events the entire weekend leading up to the group's first major Pride event.

After two years, Philadelphia is brining back its annual Pride celebrations. However, things will look a bit different this year, as a volunteer activist organization has take the reins in an effort to promote inclusion with a "reimagined" weekend-long festival focused on community engagement.

This year's Pride festival celebrates the 50th anniversary of Philly's first Gay Pride in 1972, and organizers will forego the parade residents are used to seeing in exchange for a more traditional march to the Gayborhood in Center City. The festival will take place during the first weekend of Pride month with the march and Pride Fest held on Sunday, June 5.

The PHL Pride Collective is a volunteer-run activist organization tasked with organizing the event from the ground up. The group partnered with GALAEI, a North Philadelphia radical social justice nonprofit, to create a more equitable and historically accurate Pride celebration. This means no vehicles or floats, no corporate sponsorship, and no Philly police presence.

"We know that there's a history of violence against Black and brown people by police, against gender nonconforming and trans people," volunteer Eric Schroekenthaler told WHYY. Rather than having Philly police within the boundaries of the festival, the march and festival will utilize private security to serve guests as-needed.

The organization dissolved following a controversial Facebook post in 2020, in which organizers used transphobic language to describe demonstrators at the 1969 Stonewall Inn Riots. In the now-deleted post, they framed the police who raided the popular gay bar as victims in what is largely known as the birthplace of the modern LGBTQ+ rights movement. 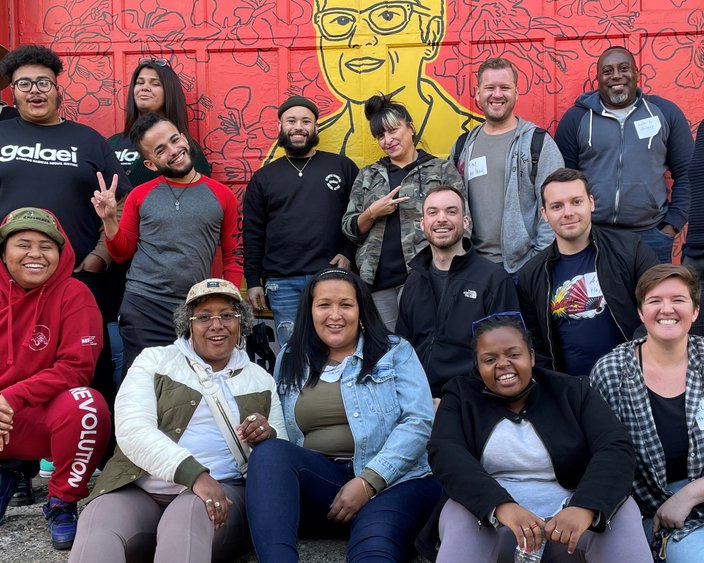 The PHL Pride Collective is run entirely through volunteer work. The group was formed following the dissolution of Philly Pride Presents in 2020, and focuses on inclusion and liberation. The group's 18 Points of Unity are the principles that all of its events and programming is based on.

As a response, the PHL Pride Collective's 18 "Points of Unity" provide residents and the LGBTQ+ community with what they can expect from festivities and activities planned by the organization going forward.

These include centering Black and Brown LGBTQ+ residents, making events accessible to the disabled community, including those who do not speak English, and focusing on harm reduction strategies, including providing sober spaces for festival-goers.

The PHL Pride March begins at 11 a.m. on the north end of Independence Mall at 5th and Arch streets. Though no floats or vehicles will be permitted, the march is open-invitation, and no prior registration is needed. Individuals and organizations who align with the PHL Pride Collective's "Points of Unity" are welcome to join the march.

The Reminder Day Demonstrations were held in front of Independence Hall on Chestnut Street from 1965 until 1969 to raise awareness of discrimination and bigotry against LGBTQ+ people. The annual pickets had a specific, business formal dress code in an effort to promote LGBTQ+ people as "presentable," and were organized by Philly, New York City, and Washington, D.C. activists in an effort to raise awareness of the lack of civil rights for LGBTQ+ Americans.

The last Reminder Day Demonstration was held just one week following the 1969 Stonewall Inn Riots, which is often described as one of the birthplaces of the modern LGBTQ+ rights movement. Though organizers were threatened with violence, they held the picket anyway.

The annual, single-file pickets of the 1960s gave way to more direct actions for LGBTQ+ liberation, which PHL Pride Collective says is what they're hoping to focus on in June.

Another important aspect of Philadelphia's LGBTQ+ history: the first Gay Pride was held in Philadelphia in 1972, and the march concluded in the same spot that June's march will begin.

There will be three stops along the march route highlighting diverse voices. The first includes a land acknowledgement of the Lenni Lenape people. Another features speakers uplifting transgender people of color.

The third stop is a tribute to LGBTQ+ elders and youth at the site of the previous mural dedicated to Gloria Casarez, a trailblazing activist who served as the city's first director of LGBT affairs. Though the mural was whitewashed in 2020 without proper notification to the community ahead of a building demolition, the legacy of Casarez remains prominent among LGBTQ+ Philadelphians.

Following the march, the PHL Pride Festival will begin at 12 p.m. in the Gayborhood. The festival is focused on uplifting the most marginalized voices in the LGBTQ+ community.

The festival will include different spaces curated by local LGBTQ+ organizations. The Youth and Family Programming was created by The Attic Youth Center, Big Brothers Big Sisters Independence, GALAEI's Splat Program, Philly Family Pride, and the William Way LGBT Community Center. It will feature family-friendly programming for all ages to enjoy Philly Pride.

There will be a full dry bar and dedicated Sober Space that includes a stage for performances. Food Truck Way includes different meal options at accessible price ranges.

The Relaxation Zone is geared to attendees seeking a low-sensory space among the festivities. There will be comfortable seating, an accessible bathroom, cooling station, and low acoustic music. Organizers say that this is the perfect space for elders, those living with disabilities, or anyone looking for a break from the busy event.

Medical Services will be provided by the Mazzoni Center and Bebashi. Organizers from PHL Pride Collective will also have mental wellness services, social workers, private security, and deescalation specialists on hand to assist guests as-needed.

Other featured spaces include Kiki Alley, a celebration space highlighting the rich history of ballroom culture. The Philadelphia Muses Stage will feature performances by Sway Philly and the Boys of Summer.

PHL Pride Collective — as well as the Pride March and Festival — is made possible entirely through volunteer efforts. Those who want to sign up to volunteer can do so here.

PHL Pride 50: Our Community, Our Joy