Blocking a protein causes some cancer cells to die of stress 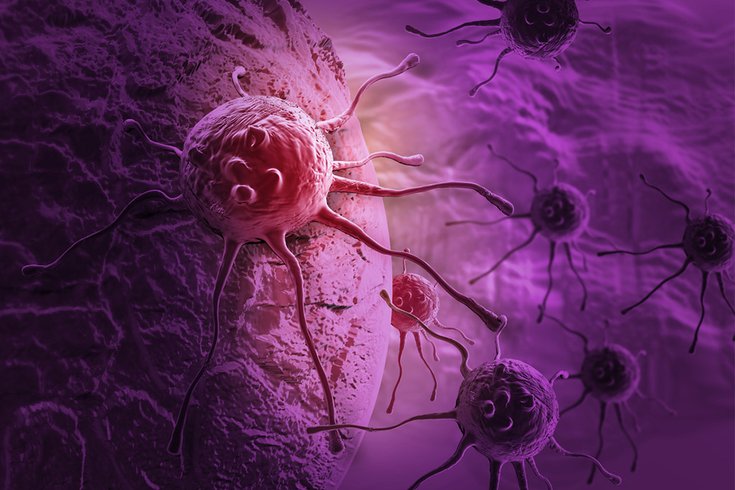 Researchers at Penn Medicine have found a way to make some cancer cells self destruct. Above, an image of a cancer cell created by using 3D software.

Researchers at Penn Medicine have found a way to cause some cancer cells to self-destruct, a finding that could lead to new therapeutic treatments.

Blocking a protein called ATF4 causes cancer cells to produce too much protein, researchers found. In turn, those cancer cells die of stress.

The researchers successfully blocked tumor growth in mice with lymphoma and colorectal cancer. But they also found evidence that their approach could work on humans.

The approach targets cancers driven by a gene, known as MYC, that typically controls normal cell growth. But when the gene becomes mutated or over-expressed, it kick-starts a chain reaction that enables tumors to grow – primarily lymphoma, neuroblastoma and colon cancer.

Researchers have targeted the gene directly for years without success. The latest study took a backdoor approach by blocking another step in the chain reaction.

"What we've learned is that we need to go further downstream to block tumor growth in a way that cancer cells can't easily escape and our study identifies the target to do just that," said Constantinos Koumenis, Penn Medicine's vice president and research division director of radiation oncology.

Additional studies will be conducted to better understand the reason the protein acts in this manner and to identify other potential targets in the chain.

The findings were published Monday in the journal Nature Cell Biology. The research was supported by the National Institutes of Health.