Cape May Lighthouse to host full moon, stargazing climbs this spring and summer

The first event at the historic landmark will take place on Saturday, April 16 from 7-9 p.m. 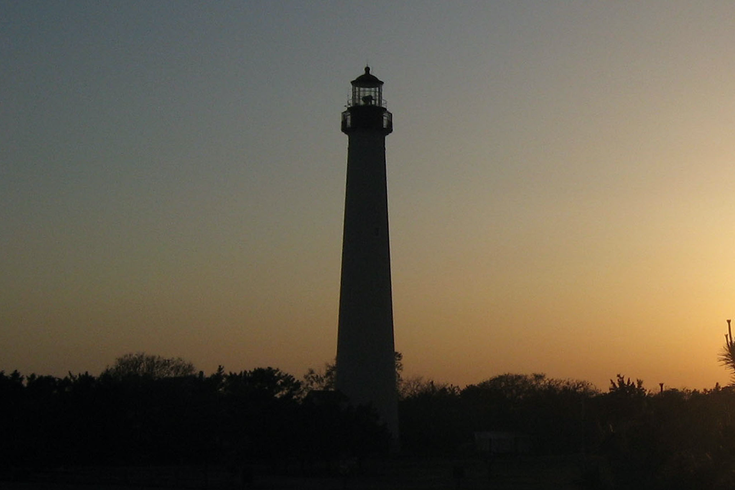 The Cape May Lighthouse will host a series of nighttime climbs this season in which visitors will be able to take in a full moon or a constellation of stars from the structure's top.

Beachgoers to the Jersey Shore this spring and summer will have the opportunity to stargaze and enjoy an up-close view of a full moon from a coastal historic landmark.

The Cape May Lighthouse will host a series of nighttime climbs this season in which visitors will be able to take in a full moon or a constellation of stars from the top of the structure. The climbs will take place on various dates from April through August.

Full moon climbs up the lighthouse's original 199-step cast iron spiral stairway will take place around the halfway point of each month. The first one will be held on Saturday, April 16 for the Pink Moon. This year's full moon calendar can be found online.

Stargazing climbs will occur near the end of each month when a lunar cycle begins and the new moon is so dark that it blends in with the sky and remains invisible to the naked eye. This allows star constellations to shine brighter in a clear sky.

The first stargazing climb will take place on Saturday, April 30. Guests are permitted to bring binoculars.

Attendees will also get to enjoy a nighttime view of the Delaware Bay and Atlantic Ocean at 156 feet above both bodies of water.

The experience also includes interpretive panels that tell stories of lighthouse keepers, the surrounding area and how the structure functioned historically and continues to in the present day.

The scheduled climbs in April and May will run from 7-9 p.m. Climbs in June, July and August will operate from 8-10 p.m.

Adult tickets cost $12 and children ages 3-12 can attend for $8. Tickets can be purchased in-person on the night of the event.

The Cape May Lighthouse became the third beacon to sit at New Jersey's southern tip when it was constructed in 1857 and lit two years later. The lighthouse still serves as a navigational aid.

More than 2.5 million visitors have climbed to the top of the lighthouse since it opened to the public in 1988 — albeit not as many at nighttime. During the day, guests can see surrounding nature trails in Cape May Point Park and the borough of Cape May Point.

The structure has been restored and maintained by Cape May Museum, Arts and Culture. The lighthouse has been registered as a state and national historic place.