The advocate and lawyer made the announcement just days before the U.S. Supreme Court's hearing on a controversial Mississippi abortion bill 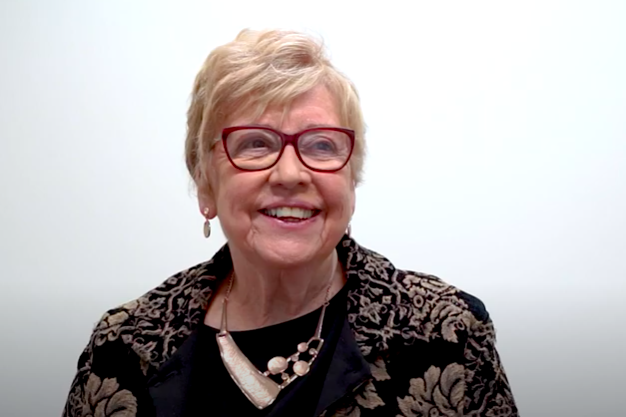 Carol Tracy, executive director of the Women's Law Project since 1990, announced her retirement from the organization. She will step down in June 2022.

Carol Tracy, the executive director of Philadelphia's Women's Law Project, is retiring from her position and will step down entirely in June 2022.

Since taking on the role in 1990, she has led the legal nonprofit aiming to end gender discrimination and bias for more than 30 years.

Under Tracy's leadership, the organization has done a lot to secure and advance reproductive rights, including co-counseling in the landmark Supreme Court case Planned Parenthood v. Casey in 1992, which set a legal precedent that protects abortion based on fetal viability.

"I'll be honest: It isn't easy to leave this work while our rights are so viciously under attack and the future so unclear," Tracy said. "But if my 31 years leading the Women's Law Project has taught me anything, it's that we are truly all in this together."

On Wednesday, the United States Supreme Court hinted that the conservative-led bench could overturn Roe v. Wade, the landmark 1973 law that grants women the right to choose.

As the law is not codified, overturning the decision could allow for some states to ban abortions quickly, given that many of them have pre-Roe laws prohibiting abortion that could be passed following an overruling.

The Court signaled on Wednesday that Planned Parenthood v. Casey's analysis of fetal viability as a method of establishing the beginning of life and providing a scientific method of determining the lawfulness of abortion could potentially be challenged as well, as the Mississippi abortion law heard by the Supreme Court seeks to ban abortions after 15 weeks, with no exceptions for rape or incest.

"There has been an orchestrated, organized movement to eliminate abortion," Tracy told the University of Pennsylvania's 34th Street in November.

Up until recently, she did not anticipate Roe being overturned, until a Texas abortion law that seeks to ban abortions after six weeks of pregnancy, essentially prohibiting the procedure altogether, was enacted. Tracy notes that "the slowness in reacting to Texas really alarmed me."

Currently, the Women's Law Project is gearing up for a court battle over Pennsylvania's Medicaid abortion ban.

The Commonwealth Court struck down a challenge made by abortion providers across Pennsylvania who say that banning abortion for those seeking coverage under the state's Medicaid plan is a violation of the Pennsylvania Constitution's equal protections provisions.

The case was appealed to the Pennsylvania Supreme Court, where opening statements began on Oct. 13.

Outside of the Women's Law Project's fight over abortion, Tracey led the way for the rest of the country with the "Philadelphia Model" in 1999, which was born following a Philadelphia Inquirer investigation into the Philadelphia police department's handling of sex crimes throughout the city.

As a central focus of the Women's Law Project's advocacy and legal efforts, Tracy led a panel investigating the department's work.

The result? The department found that a number of rape and assault cases were labeled as "unfounded" and were subsequently reinvestigated, opening the doors to major reforms in how the city and others across the country investigate rape cases.

The Women's Law Project, under Tracy's leadership, later campaigned alongside other critics to change the FBI definition of "rape", which went into effect in 2013.

Tracy notes in her letter that the Women's Law Project will soon release details in their search for her successor, and that she would soon share her post-retirement plans with the public, telling the Inquirer on Thursday that she plans to spend time volunteering and getting involved in electoral work.