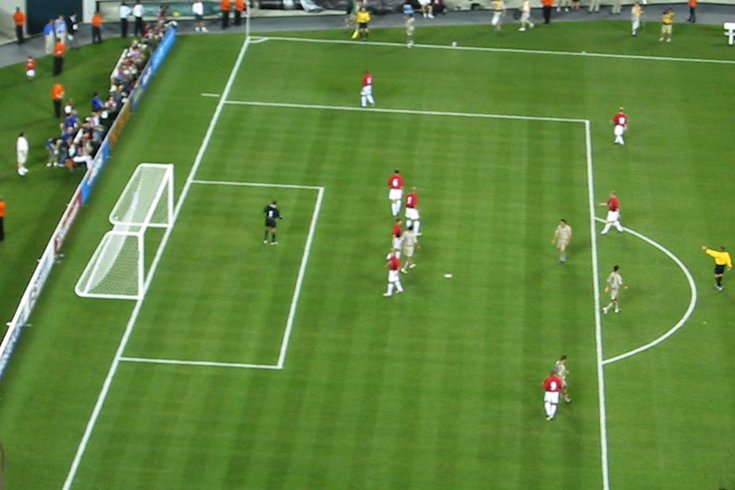 When Lincoln Financial Field – home of the Super Bowl Champion Philadelphia Eagles – opened its doors (and field) in 2003, the first competition wasn't an American football game.

Nope, it was a soccer match – before a sell-out crowd – between international powerhouses FC Barcelona and Manchester United.

In the decade-and-a-half since, the Linc has played host to countless soccer matches – both of the international and Philadelphia Union varieties.

Should a bipartisan group of 43 U.S. Senators – including Bob Casey and Pat Toomey of Pennsylvania, Cory Booker and Bob Menendez of New Jersey and Chris Coons of Delaware – have their way, the Linc (and other stadiums across North America) could host to the biggest soccer tournament on earth in eight years.

In a letter to President Donald Trump, dozens of senators endorsed a bid by the United States, Canada and Mexico to host the 2026 FIFA World Cup.

Co-signed by five U.S. senators from the tri-state area (Delaware's Tom Carper is missing), the letter cites an effort which "presents an exceptional opportunity to showcase our nations' shared passion for soccer and its positive impact in local communities and on the international stage."

"As one of three host nations, the United States would have the opportunity to deepen the relationship between our citizens and the extended global soccer community, and to further foster the spirit of sportsmanship and inclusivity that defines the sport," it reads, citing positive benefits of promoting tourism and stimulating economic growth.

Just joined 42 Senators in sending a bipartisan letter to President Trump in support of @United2026. Our GOOOOOOOOOOOOOOOOOOOAL is for the US, Canada, and Mexico to jointly host the 2026 FIFA World Cup. pic.twitter.com/B06DnaPz3F

The letter seeks Trump's support for the effort, which might be made a little easier considering his youngest son Barron plays in the youth academy for MLS franchise D.C. United.

“Since the last time the United States hosted the World Cup, interest and participation in soccer has grown exponentially in Pennsylvania and all over the country," Toomey said. "Look no further than the fact that one of the sport’s rising stars is (Christian Pulisic) from Hershey.

"By 2026, it will have been over 30 years since Brazil defeated Italy in penalties in front of over 100,000 people at the Rose Bowl. Not only is it past time for the World Cup to come back to the United States, but I can’t think of a better host venue than South Philadelphia and Lincoln Financial Field.”

Ajeenah Amir, spokeswoman for Philadelphia Mayor Jim Kenney, agreed "the city would be a prime location for some of the matches." It's already part of the overarching bid, as well.

Since soccer is a global sport, she said, they’ve included it in community outreach programs through, among other things, the Unity Cup. World Cup matches in Philadelphia would “add to our ethos” of considering Philly a global city.

In unrelated soccer news, the Philadelphia Union kick off their 2018-19 season in Chester on Saturday night.