CBD can cause liver damage, drowsiness and GI distress 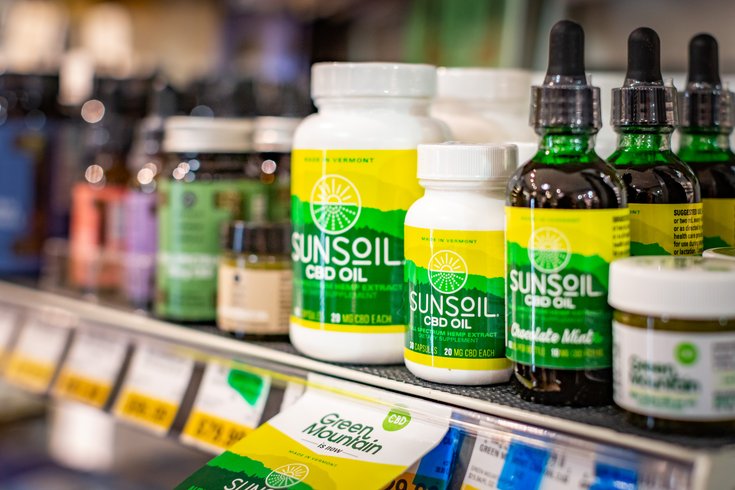 CBD oil products sit on the shelf at Across the Way, the wellness and pet supply store by Weaver's Way Co-op in Mt. Airy.

There's no question that the popularity – and availability – of CBD has surged in recent years.

One in seven Americans currently use CBD, the non-psychoactive compound extracted from cannabis plants. And it's seemingly in everything these days, from gelato and chocolate bars to lotions and pills.

But the U.S. Food and Drug Administration stressed on Monday that CBD use carries 'real risks' – some of them potentially unknown. The agency revised a consumer update on the safety of CBD products, noting that a lack of scientific evidence prevents it from concluding that CBD is generally safe for use in food.

The FDA continues to examine the potential for more CBD products to be marketed lawfully, but it only has approved one prescription CBD drug, Epidiolex, which is used to treat two pediatric epilepsy disorders.

"We remain concerned that some people wrongly think that the myriad of CBD products on the market, many of which are illegal, have been evaluated by the FDA and determined to be safe, or that trying CBD 'can't hurt,'" said Dr. Amy Abernethy, the FDA's principal deputy commissioner.

"... We want to be clear that a number of questions remain regarding CBD's safety – including reports of products containing contaminants, such as pesticides and heavy metals – and there are real risks that need to be considered."

The FDA's consumer update stated that there is "limited data about CBD safety," but that some of it points to potential risks.

CBD can cause liver injury, a risk discovered during the FDA's review of Epidiolex, the document noted. The FDA believes that risk can be managed when Epidiolex is taken under medical supervision, but says it is unclear how such risk would be managed when CBD is used more broadly.

CBD also has the potential to cause side effects when it interacts with other prescription drugs, the revised consumer update says. Additionally, CBD can cause drowsiness, gastrointestinal distress and mood changes.

Earlier this year, one woman told PhillyVoice that she had "never felt better" since she began using CBD in place of prescription opioids to treat various pains. Another man – a personal trainer – said it helps him control his mood and soothe inflammation and soreness.

The FDA released the revised consumer update on the same day it sent warning letters to 15 companies accused of selling CBD products in a way that violates the Federal Food, Drug and Cosmetic Act.

Some companies were found in violation because they added CBD to food, according to the FDA. Others marketed CBD products as dietary supplements.

A list of the companies in alleged violation can be found here.