The concept comes from FCM Hospitality, the team behind Lola's Garden, Craft Hall and Juno 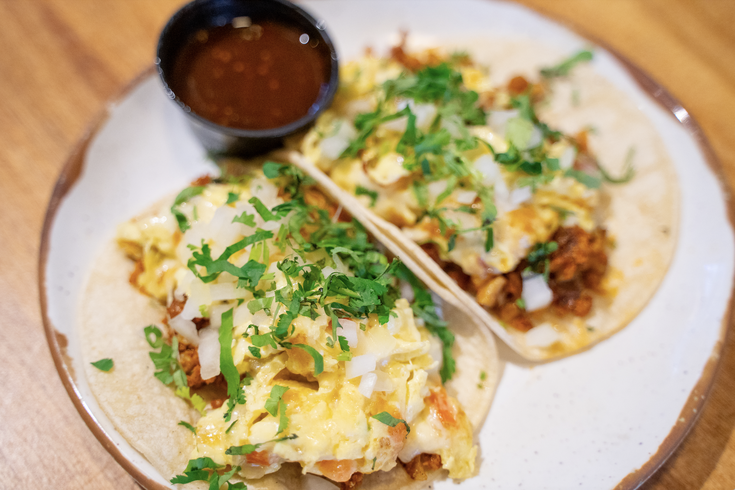 Rosy's Cafe, at 2218 Walnut St. in Center City, is a Mexican-inspired breakfast and lunch spot with tacos, tortas, burritos and coffee.

Nothing hits the morning fuel spot quite like a breakfast taco or burrito, which give the perfect blend of sustenance and flavor to start the day.

Rittenhouse now has a new Mexican cafe for breakfast and lunch, as Rosy's Cafe opened this week at 2218 Walnut St.

The cafe is next to Rosy's Taco Bar, the Mexican restaurant that FCM Hospitality opened in 2018. The group is behind a number of Philly destinations, including The Garden at Cherry Street Pier, Morgan's Pier and Liberty Point, which opened this year along the waterfront at Penn's Landing.

The menu at Rosy's Cafe features simple breakfast and lunch dishes that range between $6-$13. That includes tortas and a breakfast bowl option, as well as churros for dessert. The "Philly Special" taco, an obvious choice for Eagles fans, comes with cheesy eggs, fried scrapple, Valentina hot sauce and crispy potatoes. The menu also has a range of vegan, vegetarian and gluten-free options. 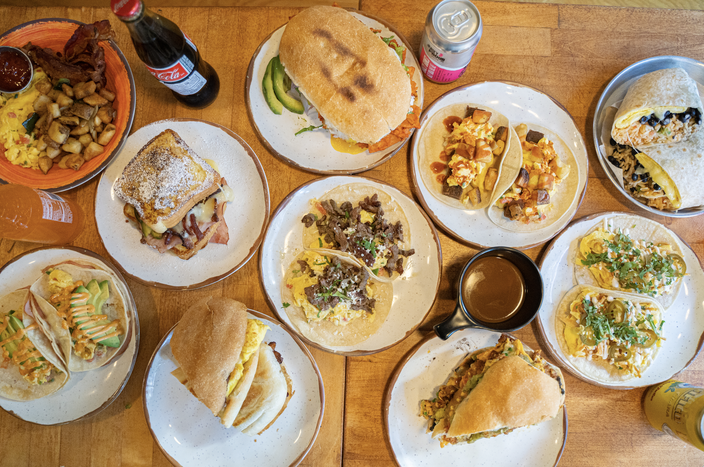 A look at some of the menu items at Rosy's Cafe. 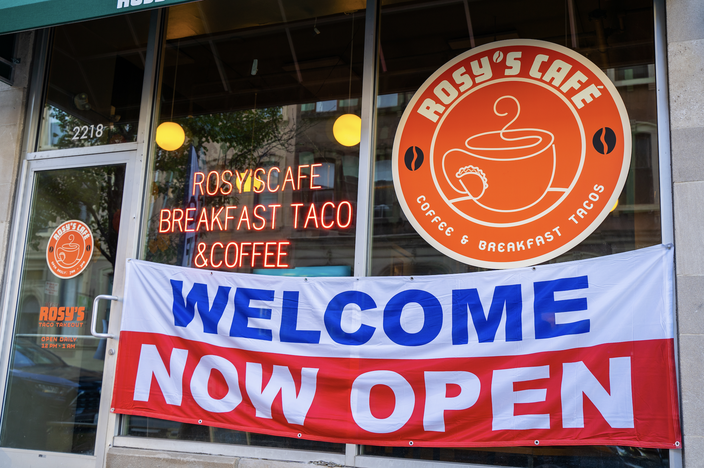 Coffee at Rosy's Cafe comes from Philadelphia specialty roaster OX, with a number of hot and cold drinks on offer in a cozy space that seats up to 20 people. In addition to sweetened Mexican coffee, the cafe's coco frio drink is an iced espresso with coconut water or hot mocha. Drinks average between $3-$4.50.

The cafe's interior is decorated with colorful canvas prints and Mexican-influenced wall art.

The Rosy's name was inspired by James "Rosy" Roosevelt, the older half-brother of former President Franklin D. Roosevelt. He was an adventurer who often spoke about his travels in Mexico and his appreciation of the culture.

The cafe will be open seven days a week from 7 a.m. to 3 p.m., with pickup and delivery available through major delivery apps.