Rosy's Taco Bar, named for a president's half-brother, is opening in Fitler Square

Throughout the first year, the Mexican restaurant will donate a portion of sales to the National Immigrant Justice Center 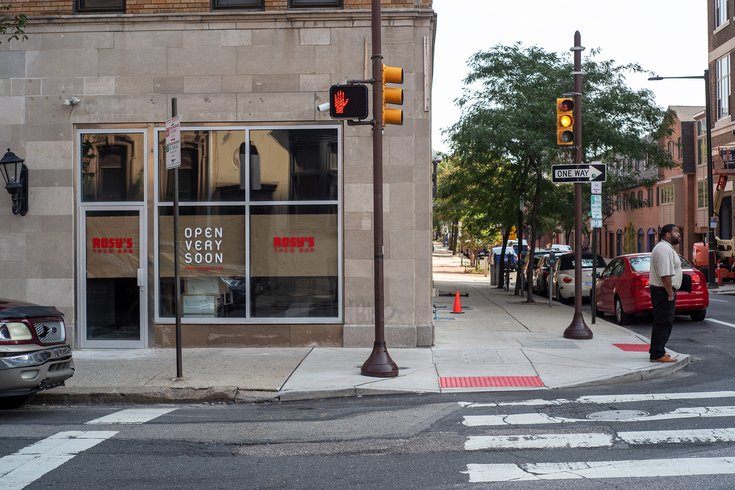 Outside Rosy's Taco Bar, soon to open in Fitler Square.

A taco bar with a huge hot sauce selection is about to open in the Fitler Square neighborhood, underneath the Roosevelt Apartments at 2220 Walnut St.

And for the first year, a portion of sales will be donated to the National Immigrant Justice Center, to show support for immigrant families.

RELATED: A huge, new sports bar is opening – just in time for Eagles season | For the fifth year, Twisted Tail will host Whiskey Bonanza | Restaurants across the city to participate in fundraiser for Philly's immigrants

The surprising inspiration behind the name? James "Rosy" Roosevelt, who was the older half-brother of President Franklin D. Roosevelt.

According to FCM Hospitality – the team behind Philly hot spots like Morgan's Pier and Concourse Dance Bar (that place with the ball pit) – Rosy's Taco Bar will exude the same laid-back, adventurous nature of FDR's bro.

According to legend, Rosy was known to be 'aimless yet charming.' Living up to that reputation, Rosy was driven by a love of both strong drink and a mysterious woman on an odyssey that stretched from his native New York down through the American Southwest, eventually crossing the border into Mexico. When he returned from his journey, he could often be found atop a barstool reminiscing over his travels and admiration for the Mexican culture.

At the airy bar area, where there will be floor to ceiling windows that open to the street, guests can share their own tales of travel over cocktails, sangria and beers.

Further back into the restaurant, there will be a large dining room and second bar decorated with a mix of Mexican and Southwestern artwork.

To eat, there will be plenty of taco options, from traditional to modern. Other menu highlights will include grilled chicken wings, Mexican-style sandwiches and, for dessert, Choco Rolles.

Each element from the kitchen will be house-made, from the sauces and salsas to the fried chips, plantains and corn tortillas. Lost Bread Co., an FCM Hospitality partner, will be providing freshly milled masa (corn dough) for the tortillas.

As for hot sauce, there will be favorites like Cholula and Tabasco, as well as a rotating assortment of lesser-known bottles.

During opening week, Rosy’s will give a free house margarita to anyone who brings a "housewarming" gift – an unopened bottle of any strange, unique or one-of-a-kind hot sauce to add to the bar.