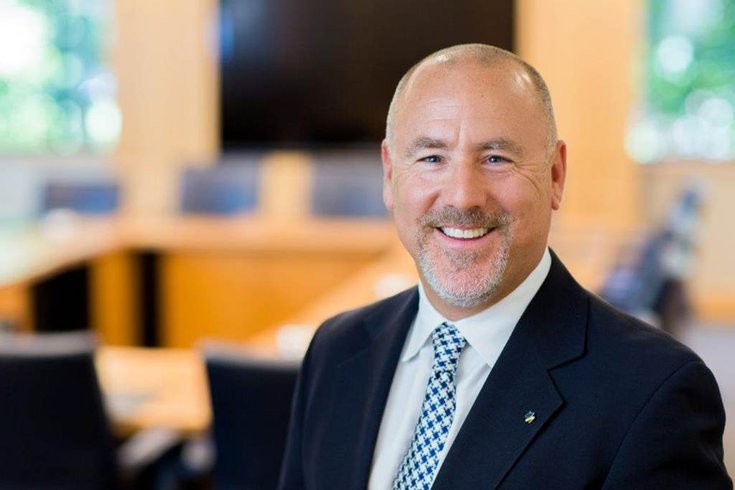 "The philanthropic community needs to work for organizations that are really clear on where they’re going, because there are scarce dollars out there,” says Jeff Westphal, CEO of Vertex Inc.

Jeff Westphal carried a vision that jostled inside his head for a time.

The local philanthropist, chairman and CEO of Vertex Inc., a 900-employee company headquartered in Berwyn on the Main Line, saw the importance of visual storytelling on a company’s marketing and profits, and thought the revelation was worth sharing.

That vision inspired Westphal, 54, a Conestoga High School graduate, to partner with an Ohio-based strategy consulting firm, Root Inc., to aid five non-profit organizations through a program entitled “Breakthrough Philanthropy.” The five regional nonprofits will present their strategic visions through artwork and narrative hoping to make a connection with philanthropists, civic leaders and donors gathered from 4 to 5 p.m Wednesday at the Union League of Philadelphia.

“It’s really my passion to help bring about a better world, and if I can help nonprofits, that can have a snowball effect. Life is short and it’s what I plan on doing the rest of my life, to help make a difference. I have enough stuff in my life." – Jeff Westphal

Westphal said he is opening a door to greater possibilities by working with organizations to leverage the power of art to show how they plan to remain vital over the long haul.

“I’ve been blessed throughout my life with the help of some experienced people who showed me how to advance an organization, and it was so powerful, it was like having a secret that you just have to share,” said Westphal on the impetus for the program. “I’m a very fortunate guy and it makes me feel good to give back. This is the most highly leveraged way I can make a difference.

"I get many nonprofit proposals, invitations, requests, and it’s become clear to me over time that not many of them had a clear idea of where they were headed," he continued. "Creating a vision for them is the most beneficial thing I could do. The lack of clarity makes them not very attractive to a donor. Having this clarity makes them stand out among the crowd. I’ve seen the crowd and I know very few of them do.

Westphal said he did his due diligence with each of the five organizations, ensuring their service mission was authentic and their involvement in the process was for the right reasons.

"These organizations all went through why they wanted to get involved," he said. "I’m not a major donor of any of these organizations. My primary goal for these nonprofits is to contribute to the next stage of their growth. It’s truly about helping people.”

'THE BEST THING I COULD DO'

This is a major event for theVillage, one of the five nonprofits, which provides child welfare, residential programs, mental health and prevention services to children and families in Philadelphia and neighboring counties.

Like the other organizations, it worked with artists to conjure up murals depicting their 20-year goals. The idea being that such a clearly articulated, goal-oriented strategic vision is attractive to donors.

“What proceeded this was a 10-month-long vision development that Jeff sponsored and he believes this a very powerful process to develop a long-range vision, looking at the current state of nonprofits, what the challenges are and the ecosystem within which we operate,” said Jory Barrad, the director of development and marketing for theVillage. “The audacious goal is to know what the dream looks like 20 years from now. In order to be part of the process, you have to present what your future-state narrative is.”

The mural created by theVillage illustrates a stronger community that better integrates victims of trauma. Its strategic vision sees a world that doesn't require trauma-informed care.

It is in Westphal’s DNA, you can say, to help others. His mother, Antoinette Westphal, the namesake of the Antoinette Westphal College of Media Arts & Design at Drexel University, was a major fundraiser for breast cancer for years, before she succumbed to the disease in 2004. Jeff Westphal was the 29th employee at Vertex, the firm his father Ray started in 1978. He worked his way up from the marketing department to the offices of president in 2001 and CEO in 2009.

Westphal said he first broached the idea with Rich Teerlink, the former CEO of Harley Davidson and a mentor.

“Rich and I spoke about community service over the years and it became the best thing I could do,” said Westphal, who rides his own Harley on nice spring days.

'A TRADITION OF GIVING BACK'

A University of Richmond graduate, Westphal recently turned over the presidency of Vertex, a move that has freed up some of his time. Effective Dec. 31 of this year, the father of three will give up his position as the firm's CEO, but will remain on the board.

“It’s really my passion to help bring about a better world, and if I can help nonprofits, that can have a snowball effect,” Westphal said. “Life is short and it’s what I plan on doing the rest of my life, to help make a difference. I have enough stuff in my life.

"With the help of Rich Teerlink, and my family, it’s helped me realize we need to build. I come from a huge family tradition of philanthropy. My mother played a major role in a lot of lives. I’ve been very fortunate and my parents grew up through extremely humble roots. They raised me in a tradition of giving back. I really believe the nonprofit community is facing enormous pressure and they breakthrough. The philanthropic community needs to work for organizations that are really clear on where they’re going, because there are scarce dollars out there.”

The other organizations participating are:

• Hearts of Gold, which helps foster sustainable change in lifestyle and levels of self-sufficiency for homeless mothers and their children.

• Connecting Generations, which partners with schools and other educational programs throughout Delaware to build social emotional skills in children ages three to 18 through one-on-one mentoring and classroom-based workshops.

• The Antoinette Westphal College of Media Arts & Design at Drexel University, a community of learning within the areas of media, design, fine arts, performing arts, and the management of creative enterprise that values experiential and immersive education.