City celebrates with a week worth of events 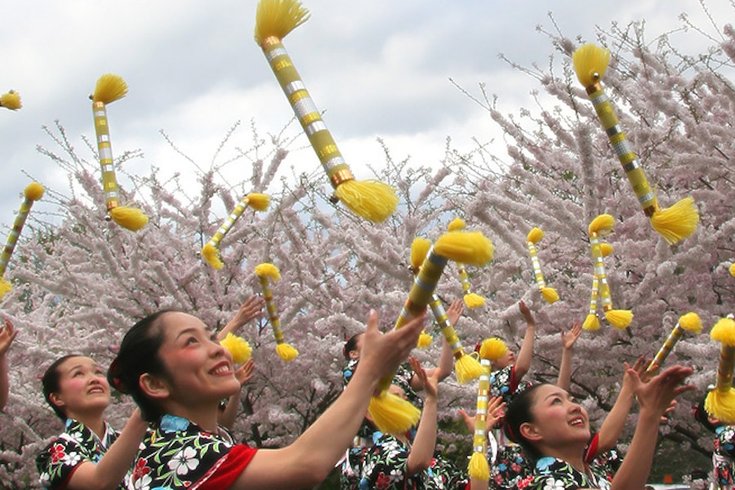 Each year since 1998 the Subaru Cherry Blossom Festival has signaled the return of spring for Philly. This celebration of Japanese culture, brought to us by the Japan American Society of Greater Philadelphia, will be held this year Monday, April 6 through Sunday, April 12.
Throughout the week events will be held to explore and honor Japanese culture, from origami and calligraphy demonstrations to sushi making classes. A 5K and 10K run will also be held along a scenic route with great views of the city's cherry blossoms.
Dine Out Japan will last Saturday, April 5 through Friday, April 10 with participating restaurants creating specials just for the week. Shofuso Japanese House and Garden will host tea ceremonies leading up to the festival's end and Morris Arboretum will host bonsai tree displays, a drumming crew and a cherry blossom guided walk. For Sakura Under the Stars, a festive cocktail reception will be held at Union Trust with sushi, drinks and an appearance by special guest NBC10's Denise Nakano.
The entire week culminates in Sakura Sunday at Fairmount Park’s Horticulture Center, which has hundreds of blooming trees. There will be a family picnic area, cosplay and anime, a pet parade, a harajuku fashion show, Shofuso tours and live entertainment. Cultural demonstrations, dance, martial arts, karaoke and more will fill out the day of fun.
Cherry blossoms are a symbolic national flower of Japan and its government has often extended the trees to other countries as a symbol of friendship. In fact, Philadelphia was given 1,600 flowering trees to honor the 150th anniversary of U.S. independence in 1926. Since 1998, JSAGP has planted 1,000 cherry blossom trees in Philadelphia.