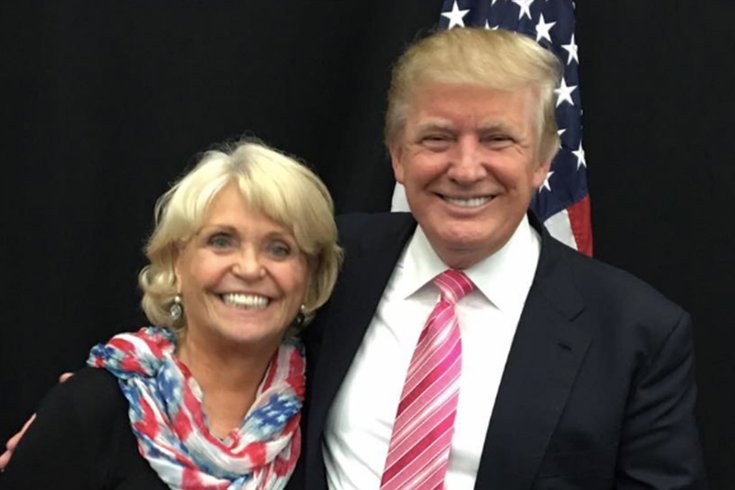 Chester County Sheriff Carolyn "Bunny" Welsh posted this photo of herself with Donald Trump in November 2016.

Following the weekend violence in Charlottesville, Virginia, the top law enforcement official in Chester County apparently agreed this week that white supremacists, Neo-Nazis and the Ku Klux Klan pose no threat to property or human life.

A Facebook account for Carolyn Bunny Welsh, the county sheriff, was one of about 1,100 that "liked" a Facebook post from Monday stating that sentiment. It also stated that Black Lives Matter and the far-left Antifa movement do pose such a threat.

"The reason why the KKK, Neo-Nazis, and white supremacists are so freely called out and condemned by politicians, while Black Lives Matter, and Antifa aren't, is because the KKK, Neo-Nazis and white supremacist pose no real imminent threat to property, and human life ; Antifa, and BLM , Do," reads the full post from Kevin Martin, who identifies on social media as being a conservative from Pennsylvania who works with President Donald Trump's administration. 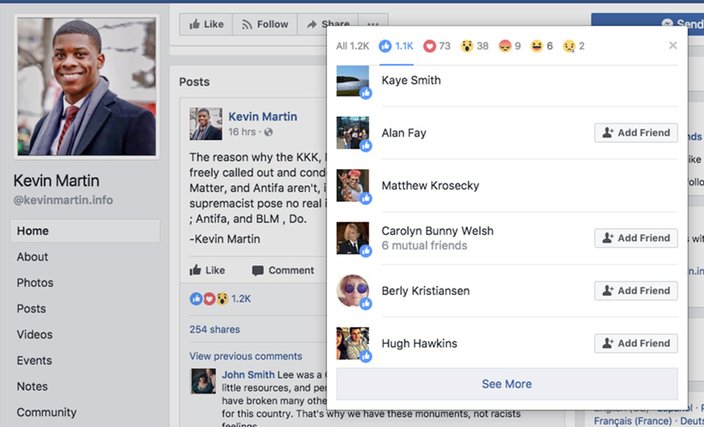 Martin published the post Monday night, two days after a car rammed into a crowd of people peacefully protesting a white nationalist rally on Saturday in downtown Charlottesville, killing a 32-year-old woman and injuring more than 20 others. Hours later, a Virginia State Police helicopter crashed into the woods outside the city, killing the two troopers aboard. The helicopter had been deployed to keep watch over the violent clash of protesters in the city, according to the Associated Press.

Reached for comment early Tuesday afternoon, a woman who answered the phone in the sheriff’s office replied, “Boy, it must be a slow news day,” before saying she thought Welsh had left for the day, but would be given the message. The sheriff did not call back.

Also on Monday, social media users captured and circulated a post they say came from Welsh's Facebook account. Screenshots show a picture of what appears to be Welsh with a book in her lap titled "The Big Lie: Exposing the Nazi Roots of the American Left."

"I know, I know, I haven't finished reading "The Swamp" by Eric Bolling. But I couldn't resist picking this up at Costco for $16.99," it read.

Although users shared and reacted to the post after the Charlottesville incident, it is not clear when Welsh allegedly posted it. The book, written by political commentator and filmmaker Dinesh D'Souza, was published on July 31.

for the latest edition of "Why Trump Won the PA Suburbs" here's a Facebook post by Sheriff Bunny Welsh, of Chester County pic.twitter.com/gpmYbryqaE

Bunny Welsh sheriff of Ches Co, PA proudly posted a picture of herself reading this book Sunday. Deleted it but the internet is forever. https://t.co/7wHGHrQgLE

One user tweeted a screenshot of the post at two Republican congressmen from Pennsylvania, Ryan Costello and Pat Meehan, asking if they condemn it.

Welsh, of Chadds Ford, became the first female Chester County sheriff when she was elected in 1999.

The alleged driver of the silver Dodge Challenger in Charlottesville, 20-year-old James Alex Fields, had reportedly attended the rally and sympathized with Nazism.

The rally had been set to protest Charlottesville's plan to remove a statue of the Confederate General Robert E. Lee in a public park.