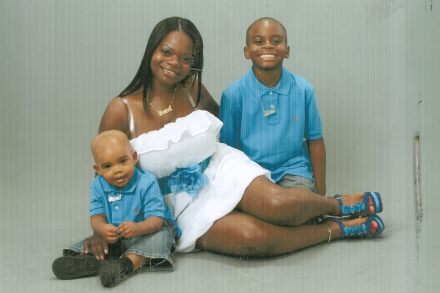 Shaneen Allen and her two sons.

A Philadelphia mother of two will not face gun charges in New Jersey for an incident stemming from a routine traffic stop in Hamilton Township in October 2013.
N.J. Governor Chris Christie on Thursday pardoned Shaneen Allen, a Pennsylvania resident whose possession of a concealed handgun, despite carrying a permit in her home state, led to her arrest under New Jersey's strict gun laws, NJ.com reports.
Allen did not have her .380 Bursa Thunder handgun concealed and unloaded in the trunk of her car, as New Jersey law requires, and was subsequently arrested and charged with unlawful possession of a firearm, spending 40 days in jail before making bail.
Last fall, the Atlantic County prosecutor allowed her to enter a pre-trial intervention program, sparing her a mandatory 3-year sentence as the case led to new state guidelines for people legally entitled to carry a firearm in their home state.
During the traffic stop, Allen, 27, voluntarily told the trooper that she had a concealed gun and a Pennsylvania permit. Her attorney, Evan Knapper, said the single mother's case has helped hundreds of law-abiding citizens avoid facing a mandatory sentence.
Christie last month expressed his desire to change New Jersey's gun laws, but with staunch opposition from the state's Democratic Legislature, the pardon sends a message to constituents supporting gun rights. Allen has been cleared on both her gun possession charge and a related ammunition charge. 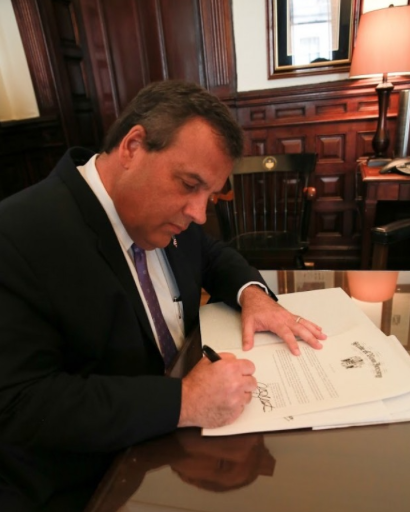