The wait is almost over for Cirque du Soleil's 'Volta'

The show will feature music composed by M83's Anthony Gonzalez 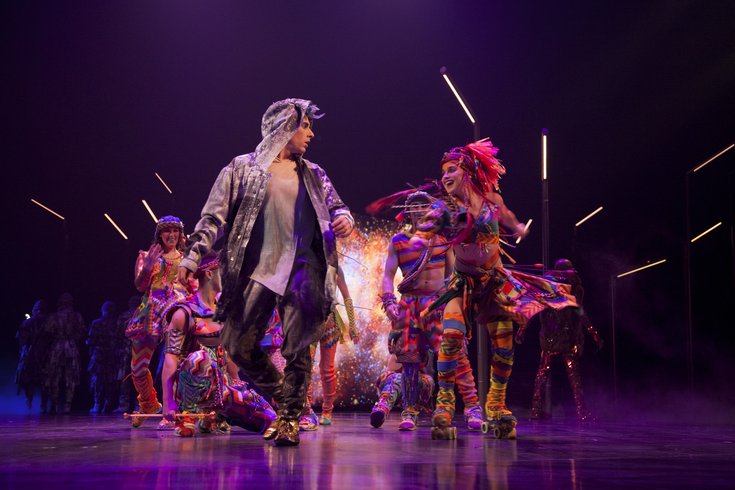 Cirque du Soleil is coming to Oaks, Pa. with their new show, "Volta."

Cirque du Soleil's spellbinding stage performance of "Volta" is nearing its opening date in Montgomery County, and more than 60 people hoisted support poles to raise the big top in Oaks on Friday in preparation for the July 12 opening.

Written and directed by Bastien Alexandre with director of creation Jean Giubert, "Volta" takes on a story of transformation. It is coming to the Greater Philadelphia Expo Center in Oaks through Aug. 5.

RELATED READS: There will be five 'ShakesBEER' performances in Manayunk this summer | 'Jersey Shore: Family Vacation' to film Season 2 in Wildwood ... or not? | Where to find Bastille Day events and specials around Philly

In a press statement, Cirque du Soleil describes the meaning of the show:

“The name 'Volta' refers to a sudden about-face, a change in emotion or idea often used in poetry. It also speaks to the jolt of energy delivered through the show.”

The show says “oui” to freedom and liberation and “voilà” to acrobatic adventure with the help of music composed and directed by Anthony Gonzalez of M83. Known for their upbeat and haunting 2011 hit, “Midnight City,” Gonzalez's touch adds a future-pop sound to the show’s journey of self-acceptance.

But the performances aren't the only trick to the show. The structure that was built to house the show also stands impressive. The "Volta" Big Top seats 2,500 people and took six days to install. Safely held down by 500 stakes, it can withstand a tropical depression. So, have no fear if it’s windy out, it’ll still be a great way to spend a rainy day.