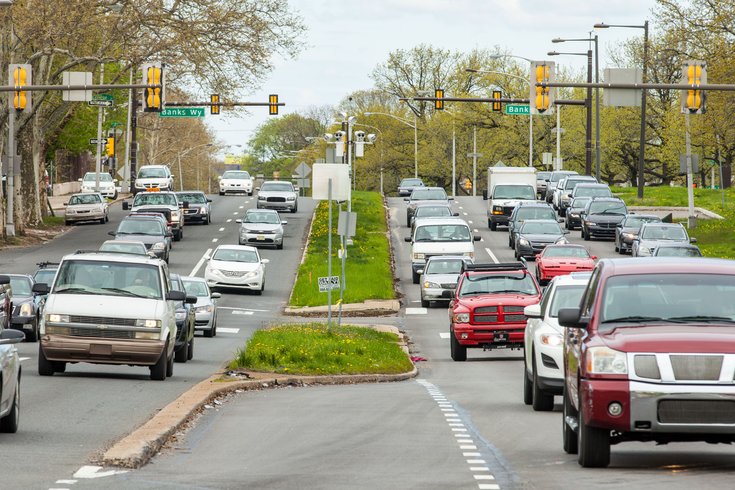 Northbound traffic moves in six lanes of traffic on Roosevelt Boulevard. Over the last decade $19 million has been spent to improve safety along the notorious 12-lane thoroughfare where more than 100 people have died during that period.

Throughout the month of April, city officials will join with SEPTA and PennDOT representatives to host five public forums in the hopes of finding ideas and options for ways to make Roosevelt Boulevard a safer, more reliable thoroughfare.

Announced on Wednesday, the forums are part of a $5 million Route for Change program that seeks to develop a plan to improve the Boulevard – a roadway that, officials said, sees 25,000 travelers on any given weekday.

Related story: Millions spent to make Roosevelt Boulevard safer, but is it?

Over the next three years, five public forums are planned each year, with the hope of developing interim options for the Boulevard that could be created by 2025 and long-range options that could be done by 2040.

"The Boulevard just isn't working and it hasn't for a long time," said Mayor Jim Kenney, during a press conference to announce the program on Wednesday.

Along the 14-mile roadway, that stretches from Broad Street in North Philadelphia to the Neshaminy Mall in Bucks County, Kenney said there have been at least 3,000 reported crashes in the past five years, including about 50 fatalities and, at least, 20 pedestrian deaths.

"It's a serious problem," the mayor said. 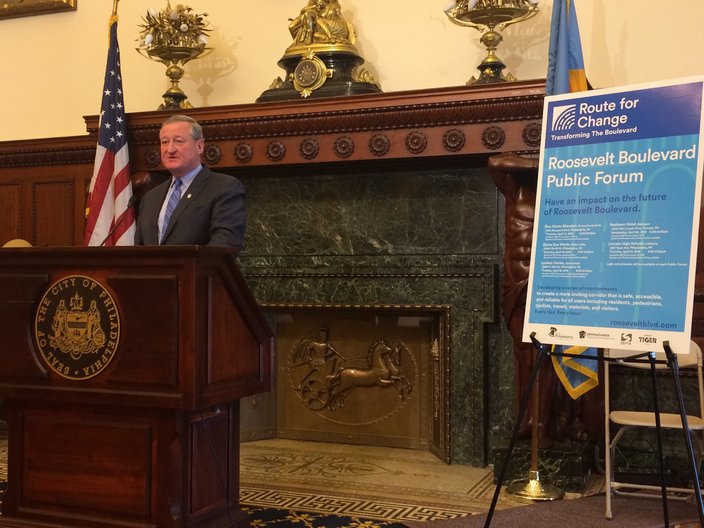 Mayor Jim Kenney announces a series of public forums that will be held throughout April to determine plans to improve Roosevelt Boulevard.

Just what could be done to improve the thoroughfare wasn't part of Wednesday's announcement, with Mike Carroll, the city's deputy commissioner of transportation, saying that organizers want to get input from the community before deciding on any plans for the boulevard.

Instead, he said, organizers want to learn about issues that locals have with the roadway and to come up with "achievable" ideas to improve it.

"We don't want to discourage good ideas, but there are issues of feasibility," said Carroll. "We want to improve the Boulevard in achievable ways."

To fund the Route for Change program, the city has partnered with SEPTA and PennDOT to match a $2.5 million federal grant from the Department of Transportation.

This month's public input hearings will be held at the following locations: