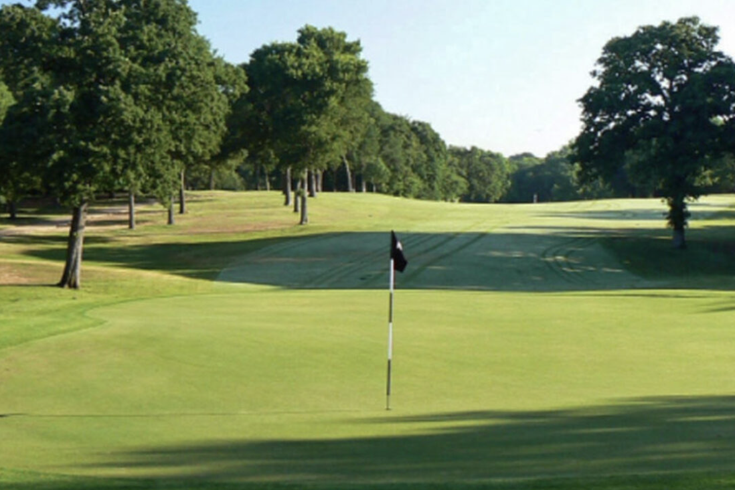 The historic Cobbs Creek Golf Course in West Philadelphia will be renovated over the next two years as part of a $65 million partnership between the city and the Cobbs Creek Foundation. The project will include restored golf facilities and a new education and community center.

The long-awaited revitalization of the historic Cobbs Creek Golf Club is on track to begin this spring. The $65 million plan will revamp its "Olde Course" into one capable of hosting PGA Tour events and create a community programming hub.

Located along Lansdowne Avenue in West Philadelphia and divided by Cobbs Creek, the club was designed in the early 20th century by acclaimed architect Hugh Wilson, who also helped create the famed Merion Golf Club in Delaware County that hosted the U.S. Open on its East Course in 2013.

The construction plans call for restoring the original routing of the "Olde Course" holes lost to military installations during the Cold War and establishing new maintenance standards, including course irrigation.

The 18-hole course will be designed by the renowned team of Gil Hanse and Jim Wagner, whose track record together includes highly-ranked courses such as Streamsong Black in Florida, Ohoopee Match Club in Georgia and the Olympic Golf Course in Brazil, in addition to renovations at Pinehurst No. 4 in North Carolina and TPC Boston in Massachusetts.

The revitalization plan also includes constructing a 9-hole course built on land from the club's Karakung course, an 18-hole, beginners course that was established in 1929. An education and community engagement center, driving range, new club house and restaurant will be built too.

When Cobbs Creek Golf Course opened in 1916, it was among the few clubs in the United States to welcome all ethnicities. It became a treasured course among a generation of standout Black golfers, including Howard Wheeler and Charlie Sifford, the first African American to win a PGA tour event.

The great Arnold Palmer also was among the PGA Tour legends who played at Cobbs Creek, participating in the the Philadelphia Daily News Open during the 1950's on the way to an illustrious golf career. The course is also known for hosting the 1928 United States Public Links championship and the United Golfers Association Championship for Black golfers.

The course began to decline in the 1950s, when the U.S. military annexed approximately 15% of the property to use an anti-aircraft battery. The course was left to re-route some of its most iconic holes and lost the reputation it had enjoyed during its early years.

Over the past several decades, the 105-year-old course fell into disrepair as flooding from the creek caused severe erosion to many of its greens and fairways. It became virtually unplayable in recent years and was further run down by a 2016 fire at the club house, leading to its closure in 2020 due to capital needs and safety concerns.

Philadelphia is the largest city in the United States without a stop on the PGA Tour.

Efforts to kickstart the restoration of Cobbs Creek Golf Course have been building momentum for several years, but the city's new lease agreement with the Cobbs Creek Foundation now ensures an investment of at least $65 million to transform the club, including $15 million to restore the creek.

"The revitalization of Cobbs Creek isn't just preserving Philadelphia's past, it's an investment in our city’s future," Philadelphia Parks & Recreation Commissioner Kathryn Ott Lovell said. "With the renewal of this beloved pillar of our community we can provide educational opportunities for students, generate revenue for the city and increase tourism, all while cultivating community togetherness and protecting our green spaces for our children and grandchildren for decades to come."

The project will involve the rehabilitation of more than three miles of erosion along Cobbs Creek and its tributaries, providing a more resilient ecosystem that can support the course's long-term maintenance.

The Cobbs Creek Foundation plans to expand community partnerships at the site, collaborating with local schools to provide youth programs that build students' life skills through golf. Beginning this year, the foundation will offer new education programs and support services to families from neighboring schools.

The completion of the eduction and community center is targeted for 2023, while the golf amenities are expected to open to the public in 2024. Once finished, the project will generate an anticipated 150 jobs between the golf course and the education center.

Over the next two years, restoration efforts will support more than 750 jobs and provide more than $56 million in total employment compensation. When fully operational, the campus is expected to generate more than $350,000 in annual tax revenue.

"For more than a hundred years, Cobbs Creek Golf Course served as a public course welcoming players of all backgrounds, ethnicities and skill levels," Mayor Jim Kenney said. "We are partnering with the Cobbs Creek Foundation to invest in this local treasure, and make sure that Cobbs Creek maintains its place on the map of America's first, best and most welcoming public golf courses."

"We are very proud to partner with the city of Philadelphia in the restoration of this historic landmark," added Chris Maguire, chairman of the Cobbs Creek Foundation. "We are fortunate to have a national treasure in our backyard and our mission is to utilize this resource for the direct benefit of the youth of the surrounding community."