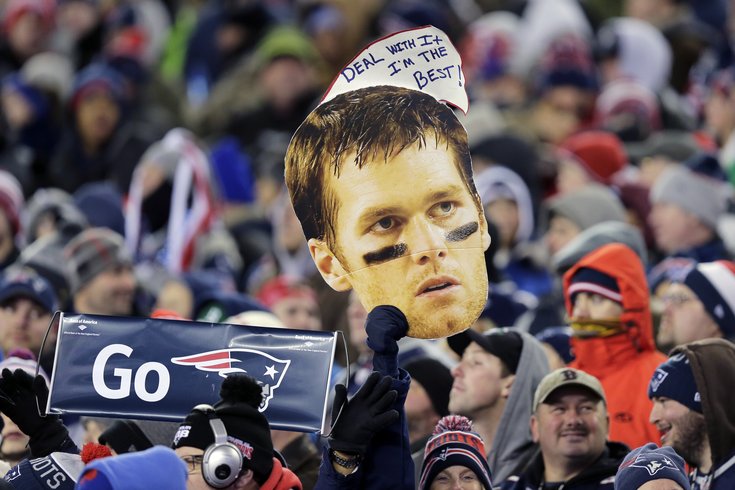 Tahwm Brady is the man!

If you follow my work here, you know that I make NFL picks every week, and I'll often point out that the Patri*ts have been caught cheating. Because they have. That's not an opinion. It's a fact.

Here's an example from this week:

Eagles at Patri*ts (-10): According to Bill Belichick, the Patri*ts aren't even going to bother cheating against the Eagles this Sunday. "Lol, why would we cheat against that team and risk losing more draft picks," pondered Belichick. "We may as well save our cheating ideas for legitimate competition." This line was originally 13. The Patri*ts' announcement that they are not cheating this week moved the line by three whole points.

This season I've learned that Patri*t fans don't like hearing it, as many have taken the time to email me their thoughts. Our friends at Boston.com link to our picks (thank you for that by the way), which is how I assume their fans are seeing them. If that's the case, readers would have to go through the process of clicking the link to my picks (thanks for that!), searching for my email address, and then actually emailing me.

Frankly, they should just embrace it. I'm sure most Eagles fans would trade their team's integrity for just one Super Bowl win, much less four. 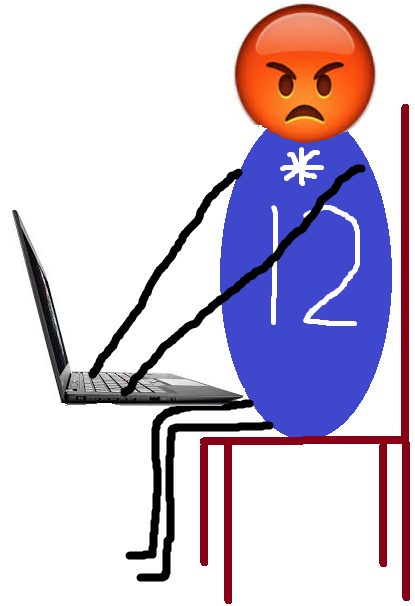 A sampling of those emails (grammatical and spelling errors are theirs, not mine):

"If you were a legitimate sports writer you would recognize and appreciate what the patriots have accomplished. I cannot tell you how immature and ignorant your comments sound. You're one of these guys that can't stand the success the Patriots have had. Sour grapes probably but more likely you are just an (redacted)."

"Patriots cheating on Philly? ....no wonder your stuck on a 2 bit rag of a paper in the city of brotherly stink. Maybe we'll see another butt fumble? I hope Tom Brady launches a self made brown cheessteak in your direction you have to eat it Monday morning..ps...grown men don't go by Jimmy...what a nube..."

"Hey   jimmy, just cause your eagles totally suck, no need to take it out on the WORLD CHAMPION NEW ENGLAND PATRIOTS...though I can understand you doing so to desperately try to keep your fans mind off their own team..45-14 against the Lions??, looks like your boys are the ones with deflated balls, and are the ones who need to cheat to win.  Happy holidays!!!"

"(Redacted) you.  (Just wanted to see if it works both way) You are a troll with barrels of ink."

"Are you 3 years old? Only a loser like you would continue to put an * in the Patriots."

"Does rooting for a limp (redacted) Philly squad force you into your insipid and pathetic attempts at trolling pats fans? The world already has enough oxygen thieves Jimmy. If you can't muster up enough courage to put a gun in your mouth, at least turn your job over to someone who can make an honest attempt to be a journalist. I'm sure the people of Philadelphia would appreciate the opportunity to read something that wasn't conceived between bouts of huffing gas fumes and watching clown (redacted) in your mothers basement."

And then this dude not only has waaaaaay too much time on his hands, he doesn't even know how to spell Belichick:

"Really funny how you write Patri*ts in your articles.  Are you perhaps a little jealous because your team sucks?

So the 2 big cheating allegations have been Spyfgate and Deflategate (we won't even talk about the headset allegations because A. they're provided by the league and B. a lot of different venues have had those same problems).

So Spygate was about taping signals, which is allowed, just not from the sideline.  As Bellichick said, "yeah we taped them in front of 80,000 fans who could also see what we saw.", so it was a minor infraction, blown out of proportion because the Patriots are the team to hate.

Then as for Deflategate, maybe you choose not to remember the Vikings/Panthers game which was crazy cold and the teams were caught heating up game balls, a rule infraction.  Remember the penalty?  NFL said, "quit doing that and don't do it again".  Now I may not be a scientist, but heating game balls and deflating balls seem to be a pretty similar offense - both would allow a better grip.  And all this is supposing Brady did something and there's no proof he did.  The Wells report said "he was more likely than not, generally aware" of deflation.  Well now that's a pretty slippery slope, is it not?  If an O-lineman beside you in the locker room is taking roids, you may be accused of "more than likely being aware of it", so I guess you should be suspended 4 games.  What about Montana saying his linemen would silicon spray their uniforms?  Once again the league just said "don't do that anymore".

Then we have owners like Jerry Jones running his mouth about Brady and the Pats after he signed a woman beater like Hardy.  With all the NFL problems of domestic and other acts of violence, performance enhancing and recreational drug use, concussions, etc., etc. are we really to be concerned about PSI?  And when did Brady become a bad guy?  With all the miscreants, jailbirds, loudmouths in the league, what has he ever done?  Is he Pacman Jones, suspended multiple times and let go scott-free this season after deliberately smashing an opponents bare head into his helmet on the playing field?  But the league is going all out on Brady?

It all amounts to jealousy by the other owners and Gooddell's chicken (redacted) nature.  The other owners hate the Pats because they win and the owners feel Kraft was too cozy with Gooddell.  Gooddell is chicken (redacted) because he is accused of going after black players and going easy on white ones, so he has the chance to kill birds with one stone and go all out on this one.  How about the fact that the Pats paid a huge fine and a1st round draft choice after the Wells report said that coaching, management and ownership had nothing to do with it.  "You guys are innocent, so here's your penalty."

How about last year when Mike Tomlin stepped onto the playing field to trip up a player running for a TD?  "Haha, Tomlin's not letting him score this time!"  Well there wouldn't have been any haha-ing if it were Bellichick, would there have been?  I could keep going on and on but you probably haven't even read this far because you wouldn't want to hear anything to object to your obvious bias."

I also learned that Patri*ts fans do not like when you reply "TLDR."