Collegeville boy, 6, gets wish to become pilot for a day

Born with a heart defect, William Beyer hasn't given up on a soaring dream 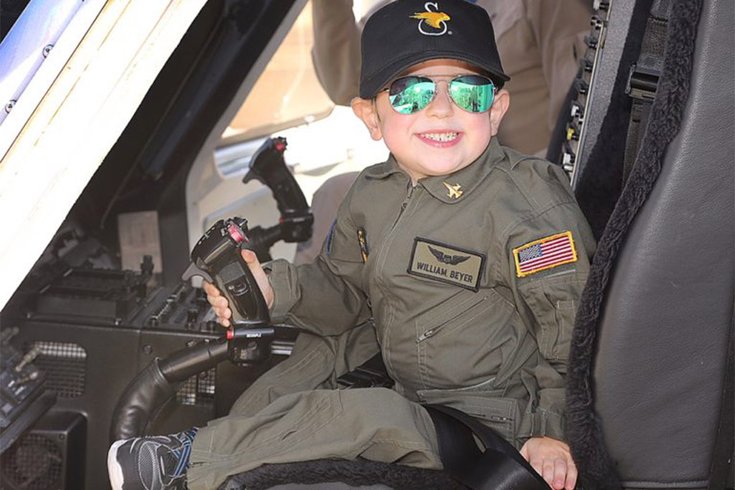 William Beyer, 6, sits in the cockpit of a Sikorsky S-76 helicopter. He spent a day at the Lockheed Martin company as an honorary test pilot through the help of the Make-A-Wish Foundation. William, who suffers from serious heart problems, dreams of becoming a pilot.

William Beyer, a six-year-old resident of Collegeville, took flight for a day when the Make-A-Wish Foundation helped the boy realize his dream of becoming a pilot.

Beyer was born with Hypoplastic Right Heart Syndrome, a rare heart defect that causes inadequate blood flow to the lungs. At 10 months old, Beyer underwent a heart transplant, and he continues to work with doctors to prevent future complications.

Beyer visited Sikorsky Aircraft in Stratford, Connecticut for a "Pilot for a Day" experience.

There, he was outfitted in a personal flight suit, a badged jacket, and even some little aviators. Beyer and his parents, Wesley and Michelle, as well as younger brother Jake, then went for a helicopter ride. 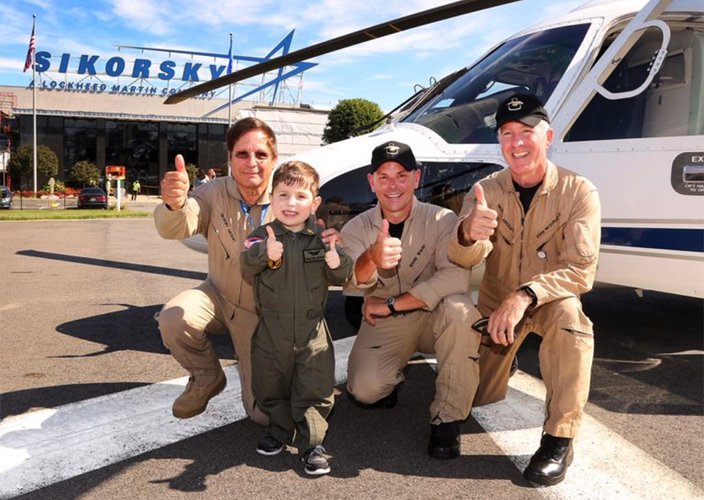 Afterwards, the family toured the Sikorsky facility, which includes a helicopter simulator, and had lunch with professional pilots. William had the opportunity to brush up on his aviation history, aerospace basics and helicopter manufacturing techniques.

"To have a child's top wish be for the job you do every day really puts your own life into perspective," Ward said in a statement.

“His mom and I were especially moved by all the workers who showed him support and gave him the great welcome as we toured the factory. William is truly blessed.”