Blood test could be 'holy grail' for lung cancer screenings

MD Anderson at Cooper among institutions searching for better results 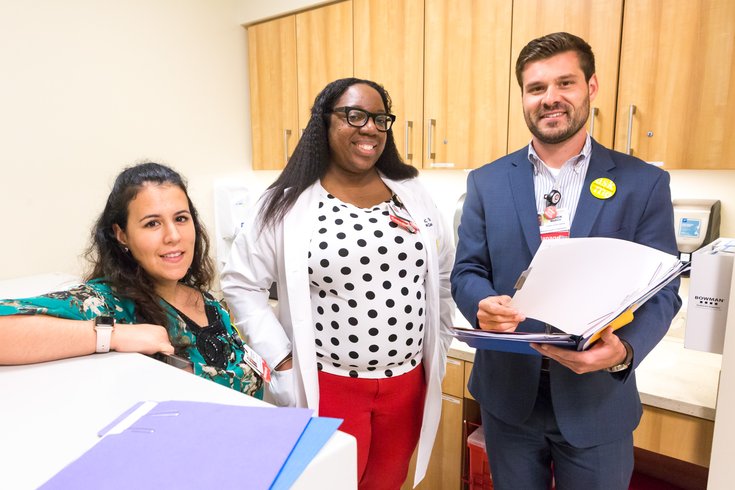 Clinical research program manager Andrew March, right, and research program coordinators Roseann Freitag, left, and Jacquelyn Thomas, in a lab at the MD Anderson Cancer Center at Cooper. Researchers are working to recruit 150 participants for the study within the calendar year.

Eight years ago, there were no clear guidelines for lung cancer screenings.

Doctors relied on chest x-rays, which were not very sensitive and sometimes failed to display early-stage cancer.

"They were unable to pick things up with good accuracy," said Dr. David Shersher, a surgeon and assistant professor at Cooper Medical School of Rowan University. "You were having a lot of high-risk patients who were having chest x-rays. They wouldn't pick up these little spots."

That changed following the National Lung Screening Trial, which found in 2011 that low-dose computed tomography (CT) scans decreased the risk of lung cancer deaths by as much as 20 percent compared to standard chest x-rays.

Now, researchers are hoping to develop a blood test to further improve screenings. They have launched a second, broader clinical trial at health facilities across the country, including MD Anderson Cancer Center at Cooper in Camden.

This time, study participants will receive both a CT scan and a blood test. Researchers suspect the blood tests may reveal biomarkers to help them more accurately screen for lung cancer.

But here's the kicker: One day, the blood tests could help them diagnose both the type of cancer and determine the appropriate treatment.

"That essentially will be the holy grail of lung cancer screening," Shersher said. 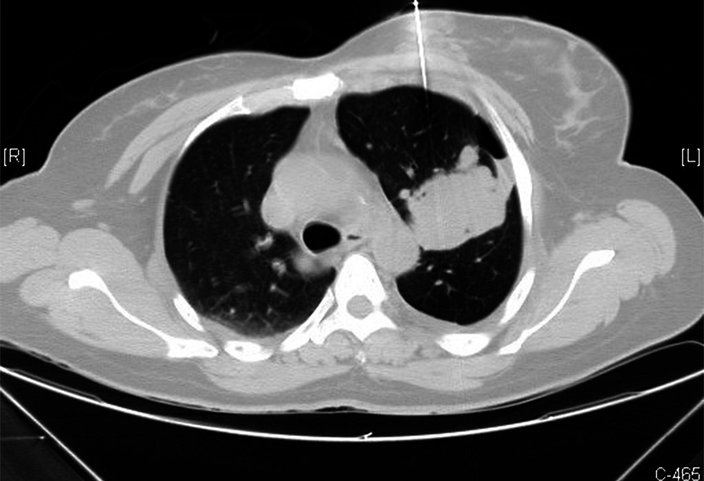 MD Anderson Cancer Center at Cooper in Camden is participating in a clinical trial that will give participants both a CT scan, above, and a blood test. Researchers are hoping the blood tests reveal biomarkers to help them more accurately screen for lung cancer.

The National Lung Screening Trial, launched in 2002, enrolled 53,454 current or former heavy smokers between the ages of 55 and 74. Participants needed to have a smoking history of at least 30 pack years – either a pack a day for 30 years or two packs a day for 15 years. They also could not be showing any symptoms of lung cancer.

In response, the United States Preventative Services Task Force recommended people between ages 55 and 80 with a history of heavy smoking receive an annual lung cancer screening via a CT scan. The screenings should be discontinued once they have not smoked for 15 years.

Still, researchers suspect those guidelines may be too stringent.

The new trial is expanding the criteria to include people as young as 50 with a smoking history of 20 pack years. Participants also need to have one additional lung cancer risk factor, such as a family history of lung cancer or contact with asbestos or radon.

"This trial is a little interesting," Shersher said. "It broadened some of the criteria for patients who would not be covered by the traditional screening guidelines. We know there are patients who are super high-risk for lung cancer who just wouldn't fit into the trial as it was written in 2011."

Though the trial, headed by the University of Texas MD Anderson Cancer Center in Houston, expands the pool of participants, researchers are seeking ways to improve the screening technology. CT scans have bettered the screening process, but there is room for improvement.

Some doctors argue that complementing CT scans with positron emission tomography (PET) scans – they use a radioactive tracer in the bloodstream to identify tissue differences on the molecular level – are more accurate than simply using CT scans, Shersher said.

Yet, even that process is not 100 percent accurate, Shersher said.

"The accuracy for screening is still, at best, up to 80 or 85 percent," Shersher said. "And it depends on how you look at that data."

"Is there another test ... that's simple as a blood test, that can get our accuracy up to 100 percent?" Shersher said. "If they do have cancer, can that blood test tell us what kind of cancer it is and ultimately tell us what kind of treatment that patient would have? We're not even close, as a society, to that point."

But the trial could one day take researchers down that path. 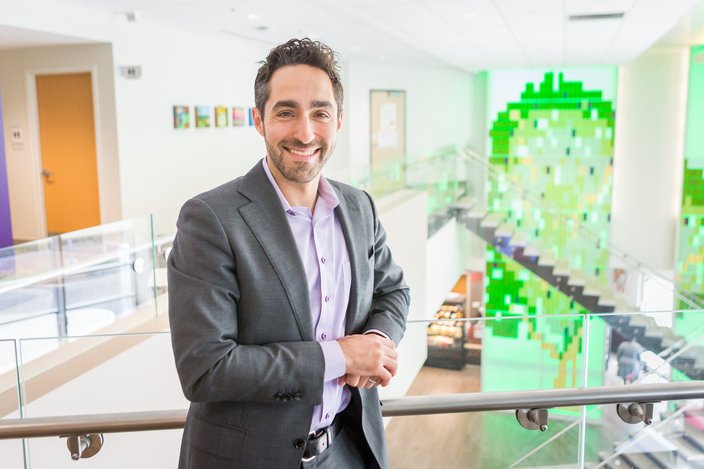 'A TRIBUTE TO CAROL'

For now, researchers are looking to enroll patients in the clinical trial.

"We are focused on subject recruitment," said Andrew March, manager of MD Anderson at Cooper's clinical research program. "This trial is new to our center within the past couple months. We have a goal, which we believe is attainable, of 150 participants within the calendar year."

That mirrors efforts being taken by partner institutions across the country. Together, they are enrolling a sample reflective of America's regional demographics – so long as participants meet either the 2011 study guidelines or the broadened set of criteria.

In South Jersey, the Cooper Foundation – the hospital's nonprofit arm – is partially funding the clinical trial and offering financial assistance to those who otherwise would not be able to afford the screenings.

The foundation can provide that funding thanks to donations given in honor of Ann Carol Conner "Mama" Norcross, a longtime social worker who died of lung cancer two years ago. Following her funeral, the Cooper Foundation received more than $100,000 from hundreds of contributors.

"The donations were certainly a tribute to Carol, who was a force of nature," said Susan Bass Levin, president of the Cooper Foundation. "And even after she's gone, she's helping people. What a great legacy."

"Providing assistance to those in need with the donations made in her honor perfectly captures my grandmother's passion for helping those around her," Lexie Norcross said. "While she is greatly missed, my family finds much comfort in knowing that she will continue to make a significant impact in the lives of others for years to come."

The study will last five years. During the first two years, patients will receive low-dose CT scans and blood draws. The following three years will consist of routine follow-up visits.

"Once there is a solid volume of data, it will be periodically analyzed to see if there are any statistically significant findings," March said, adding that protocols will be assessed.