Scientists may have found a way to prevent the common cold 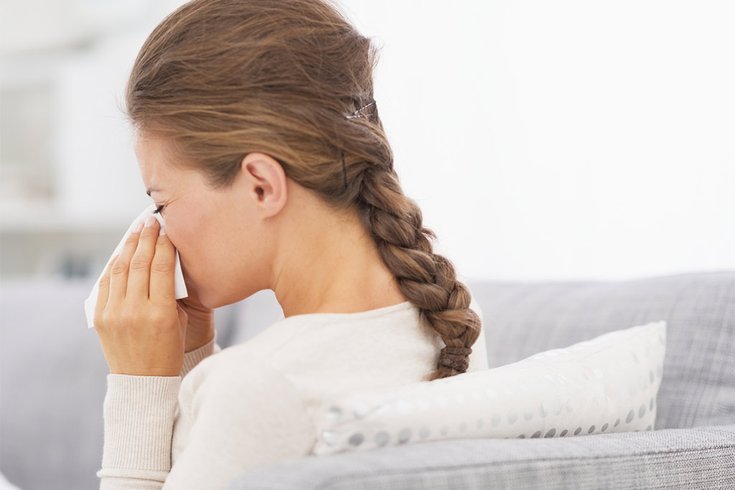 Scientists have been unable to develop a cure for the common cold. But researchers may have just made an important discovery.

But finding a cure has proven no small task.

Colds are caused by various respiratory viruses, the most common being rhinovirus – and scientists have identified some 160 versions.

Plus, rhinoviruses are highly prone to mutation, enabling them to quickly develop drug resistance. And they learn to hide from the human immune system.

But scientists at Stanford University and the University of California-San Francisco may have made an important development.

They have found a way to prevent the common cold from spreading among human cell cultures and in mice. They did it by disabling a protein inside mammalian cells, one that colds rely upon to spawn.

The researchers used CRISPR to genetically alter human cells, turning off various genes within them, one at a time. They then infected the cultures with enteroviruses – a genus that includes rhinoviruses and similar viruses that cause polio, encephalitis and myocarditis.

Their efforts eventually led the researchers to focus on cells modified to lacked SETD3, an enzyme of which little is known.

Researchers tried to infect those cells with seven different enteroviruses – including three rhinoviruses and poliovirus. None of them proved capable. But when the researchers restored SETD3 to the human cells, the viruses spread.

The researchers produced similar results in mice bioengineered to completely lack SETD3. Two enteroviruses proved incapable of infecting the animals – even when injected into the brains of newborn mice.

Researchers are not ready for human trials, as more studies must be conducted. But researcher Jan Carette, a Stanford microbiology and immunology professor, expressed optimism at the team's findings.

"This gives us hope that we can develop a drug with broad antiviral activity against not only the common cold, but maybe all enteroviruses, without even disturbing SETD3's regular function in our cells," Carette said in a story published by Stanford Medicine.

Jonathan Ball, a virologist at the University of Nottingham, cautioned that more research is needed to know the approach is safe.

"There is increasing interest in developing treatments that target these host proteins, because it can potentially overcome virus mutation – one of the major barriers to developing effective broadly active antivirals," Ball told the BBC. "But of course, viruses are very adaptable and it is conceivable that even a host-targeting treatment might not keep them at bay for long."