The recent 'we're Republican' comments are far from new 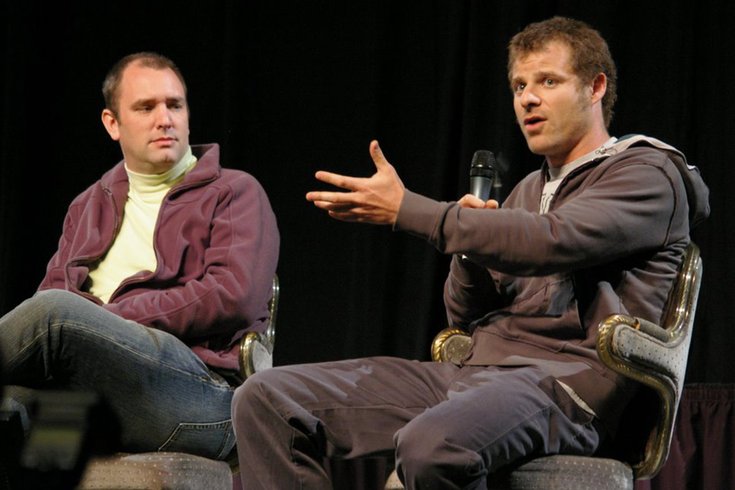 Having spent the past two decades watching "South Park" – the most politically righteous show to ever grace the airwaves – it damn near impossible to pick a favorite moment.

Gun to head, though, I’d travel back to December 2004, when the episode titled “Woodland Critters Christmas” first aired.

In that 22 minutes of glory, an adorably cuddly group of woodland critters including a porcupine named Porcupiney, Squirreley the Squirrel, Beary the Bear and others sacrifice a rabbit named Rabbity.

I know, I know, this isn’t the sort of thing that normal people talk about on Good Friday. But guess what: "South Park" creators Matt Stone and Trey Parker aren’t normal people, and that’s what makes the show as great as it is.

Why are we discussing them on this Christian-faith holy day? Because a lot of people who’ve apparently never seen "South Park" before are still carrying on about the duo from Colorado “coming out” as Republicans.

They did so while receiving a “freedom” award from the left-leaning People for the American Way Foundation the other night.

Trey Parker & Matt Stone of @SouthPark asked me to introduce them when they received a "freedom" award from Norman Lear's organization. After they graciously accepted, they said, "We're republicans." Nervous laughter. They repeated, "No, seriously, we're republicans."#Priceless pic.twitter.com/v6ICEXR6Eh

Others reacted as if they were planting a flag on the Moon, claiming the creative provocateurs as their own.

Here’s how I reacted: Holy s***, why are people pretending as if this is some sort of new development when they’ve all but walked around with “libertarian” tattooed on their foreheads since Bill Clinton was in the White House?

I mean, when the book “South Park Republicans: The Revolt Against Liberal Media Bias” was released in 2005, Stone said point blank that, “It was just lame, that’s exactly what we’re talking about — people trying to claim the show. I hate conservatives, but I really f***ing hate liberals."

That was 13 years ago. It was as clear as day then, thus rendering this week’s furor even more absurd.

Let’s set aside the fact that they’ve flat-out (albeit indirectly) brutalized Donald Trump – he of calling Roseanne Barr since she went on TV with a show that’s pro-POTUS, from what I’ve heard – in recent episodes.

This show has never been – nor pretended to be – a bastion of Hollywood liberalism. What it is is a ruthless takedown of anybody and everything in what conservatives like to portray as “protected classes.”

Here is a list of people or things that South Park has targeted for ridicule over the years:

• Pretty much all ethnicities

Here are another pair of people they’ve ridiculed over the years:

It’s what makes the show so damn entertaining.

That’s why it’s disingenuous at best to latch onto a single quote from its creators – men who’ve pushed back against any personal political labeling – and present it as evidence that they’re on your side.

Having watched the show as long as I have, though, I’m starting to think they might give the Woodland Critters Christmas masterpiece some best-ever competition. After all, they’re probably already workshopping a way to mock those fawning over, and bashing, their recent quotes.