Scientists may have determined why many non-smokers develop COPD 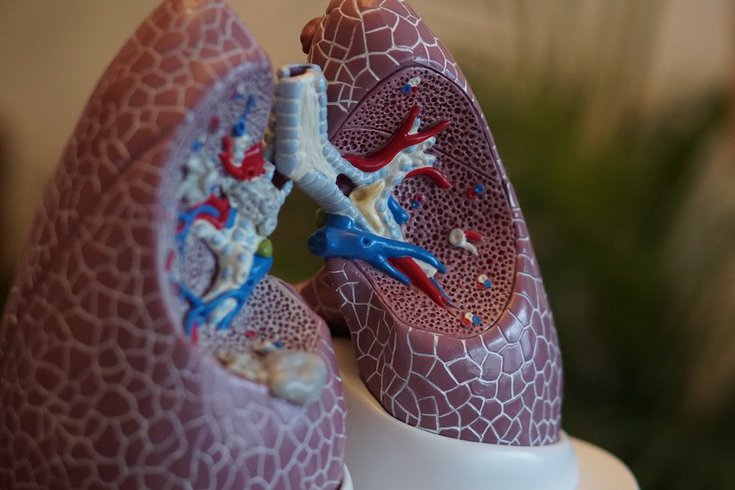 A new NIH study suggests people with disproportionately small airways have greater risk for COPD, regardless of whether they smoke.

The reason some people who have never smoked a cigarette develop a smoking-related illness may be due to the size of their respiratory system.

People who have small airways relative to their lung size may have a lower breathing capacity, increasing their risk of Chronic Obstructive Pulmonary Disease, according to a study led by the National Heart, Lung and Blood Institute.

COPD, the fourth-leading cause of death in the United States, causes obstructed airflow from the lungs, leading to breathing difficulties, coughing and wheezing. It's believed to be caused by longterm exposure to irritating gases, like cigarette smoke.

Yet about 30% of people diagnosed with COPD have never smoked, researchers say. And most heavy smokers never develop it. Now, researchers believe they better understand this mystery.

"This work, stemming from the careful analysis of lung images of COPD patients, shows that an abnormal lung development may account for a large proportion of COPD risk among older adults," said James Kiley, director of NHLBI’s Division of Lung Diseases.

As part of the study, researches examined the records of 6,500 older adults. The group included smokers and non-smokers. Some had COPD, others did not.

Researchers found that people were more likely to show signs of COPD if their airways were disproportionately smaller airways than their lungs, a condition known as dysanapsis.

When people breathe, air moves through their trachea and into smaller airways known as bronchi and bronchioles. As people grow, their airways typically develop in proportion to their lungs.

Lung function later declines during the aging process. For people with disproportionately smaller airways, this may increase their risk for COPD – even if they don't smoke, researchers said.

By contrast, smokers with disproportionately larger lungs may never develop COPD. But researchers still encouraged people to quit smoking due to the various health problems caused by tobacco.

COPD generally affects people after they turn 40. There is no cure. Recommended treatments include lifestyle changes – like quitting smoking – and various medications.

The study was funded in part by the NHLBI and was published in JAMA.