Coronavirus-stricken cities like Philly have empty hospitals, but reopening them is difficult 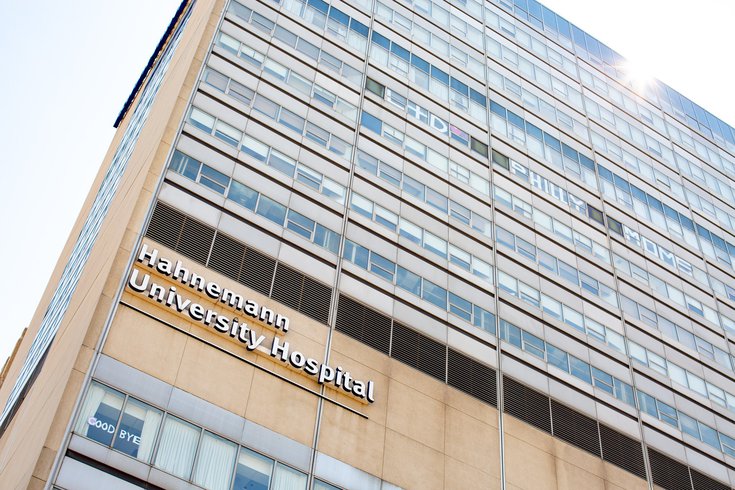 Reopening vacant hospitals amid the coronavirus pandemic has proved challenging, as Philly's struggle with the owner of the Hahnemann University Hospital building shows.

As city leaders across the country scramble to find space for the expected surge of COVID-19 patients, some are looking at a seemingly obvious choice: former hospital buildings, sitting empty, right downtown.

In Philadelphia, New Orleans, and Los Angeles, where hospitalizations from COVID-19 increase each day, shuttered hospitals that once served the city’s poor and uninsured sit at the center of a public health crisis that begs for exactly what they can offer: more space. But reopening closed hospitals, even in a public health emergency, is difficult.

Philadelphia, the largest city in America with no public hospital, is also the poorest. There, Hahnemann University Hospital shut its doors in September after its owner, Philadelphia Academic Health System, declared bankruptcy. While not public, the 496-bed safety-net hospital mainly treated patients on public insurance. Philadelphia Mayor Jim Kenney began talks with the building’s owner, California-based investment banker Joel Freedman, as soon as his administration saw projections that the demand for hospital beds during the pandemic would outpace the city’s capacity. Not long after negotiations started, city officials announced the talks were going badly.

In New Orleans, where the soaring COVID-19 infection rate is disproportionately high compared with its population, Charity Hospital sits vacant in the middle of town. The former public hospital never reopened after Hurricane Katrina in 2005. The Louisiana State University System, which owns the building, incorporated Charity Hospital into the city’s new medical center, but the original building remains vacant. Instead of using it during the pandemic, the New Orleans Convention Center is being converted to a “step-down” facility with the capacity to treat up to 2,000 patients after they no longer need critical care.

Elsewhere, city governments have struck deals with the owners of empty hospital buildings to lease their space. At St. Vincent Medical Center in Los Angeles, the city is paying $236 per night per bed, for a total of $2.6 million each month.

In Philadelphia, Freedman offered the Hahnemann building to the city for $27 per bed per night, plus taxes, maintenance and insurance, which the city would pay directly. All told, that added up to just over $900,000 per month.

“I think he is looking at how to turn an asset that is earning no revenue into an asset that earns some revenue, and isn’t thinking through what the impacts are on public health,” Abernathy said of Freedman. “I think he’s looking at this as a business transaction rather than providing an imminent and important aid to the city and our residents.”

This isn’t the first time Freedman has come under fire by Philadelphians for his handling of the hospital. Its closure sparked protests from city officials, health care unions, and even presidential hopeful Bernie Sanders. Critics speculated that Freedman, whose private equity firm bought the struggling hospital in 2018, didn’t try in earnest to save it and planned to flip it for its valuable downtown real estate. Notably, Hahnemann’s real estate was parsed out into a separate company, Broad Street Healthcare Properties, also owned by Freedman, and not included in Philadelphia Academic Health System’s Chapter 11 bankruptcy petition.

A representative for Freedman said the building has an interested buyer, and that is one reason Broad Street Healthcare will not let the city use the building at cost.

“We’re offering this facility because of the public benefit in a health crisis, but it comes at a cost to the property owner,” said Broad Street representative Sam Singer.

As urban hospitals have struggled in recent years, it’s become increasingly common for private equity to get involved: Big firms buy struggling medical centers with the promise of financial support and to improve their operations and business strategy. When things go right, the business succeeds, and the private equity firm sells it in a public offering or to another bidder for more than it paid.

In other cases, though, the firms load companies up with debt, take dividends out for themselves, sell off valuable real estate and charge fees and high-interest loans, leaving a company in a much weaker position than it would have been otherwise, and often on the verge of bankruptcy.

“The house never loses,” said Eileen Appelbaum, co-director at the Center for Economic and Policy Research. “The private equity firm makes money whether the company succeeds or it doesn’t.”

For instance, Steward Health Care was able to expand from its base in Massachusetts to a 36-hospital network nationwide with backing from Cerberus Capital Management. Now, said Appelbaum, the chain of community hospitals is stuck paying rent to a separate real estate company, on all its properties, while also struggling to stay in the black. The network announced last week it would furlough non-clinical workers across nine states because the requirement to cancel elective surgeries caused too great a financial strain.

Freedman’s private equity firm is called Paladin Healthcare, and it has previously bought and managed hospitals in California and Washington, D.C., where it helped the struggling Howard University Hospital out of the red. Paladin then sold the hospital to Adventist HealthCare last summer.

Urban hospitals like Hahnemann have struggled to stay afloat in recent years, in part due to their lack of privately insured patients. Hospitals often finance the care of uninsured patients or those on Medicaid by treating those with private insurance, which reimburses the hospitals faster and at a higher rate. At Hahnemann, two-thirds of patients were on Medicaid or Medicare. While a financially struggling public or nonprofit hospital might continue serving a poorer community, a for-profit hospital has different incentives, said Vickie Williams, a former law professor for Gonzaga University.

“If your urban hospital is purchased by a for-profit company and it doesn’t perform sufficiently, they don’t have the same necessarily mission-driven directives to keep that hospital functioning for the good of the community at a loss,” said Williams, who is now senior counsel for CommonSpirit Health in Tacoma, Washington.

Freedman has said that he tried to sell the Hahnemann property to a nonprofit and requested money from the city and state to keep it open, but neither option worked.

Following news that Philadelphia had abandoned negotiations with Freedman, calls to seize the property in order to save lives came pouring in, including from elected officials.

“Eminent Domain was created for situations like #Hahnemann,” City Council member Helen Gym wrote on Twitter. “This is a public health emergency and Philly is the largest city in the nation WITHOUT a public hospital. We cannot allow unconscionable greed to get in the way of saving lives. Eminent domain this property.” Legal experts say the lengthy process of eminent domain and the requirement to pay the owner fair market value for the building make it an unlikely mechanism for an instance like this.

But in public health emergencies, local, state and federal governments do have broad authority to commandeer private property, such as hotels, convention centers, university dormitories or even defunct hospitals for disaster response. Williams, whose research has focused on preserving hospital infrastructure during a pandemic, said that so far in the United States, that hasn’t had to happen ― at least not in the traditional sense.

In Pennsylvania, the governor’s emergency declaration gives him the authority to “commandeer or utilize any private, public or quasi-public property if necessary to cope with the disaster emergency.” A health department representative said all options remain on the table in the event that the city’s hospital bed capacity is overrun.

In the interim, the mayor made a deal with Temple University to use its basketball arena, which would have the capacity to treat 250 non-critical patients, at no cost to the city.