City officials seek other facilities for use during coronavirus pandemic 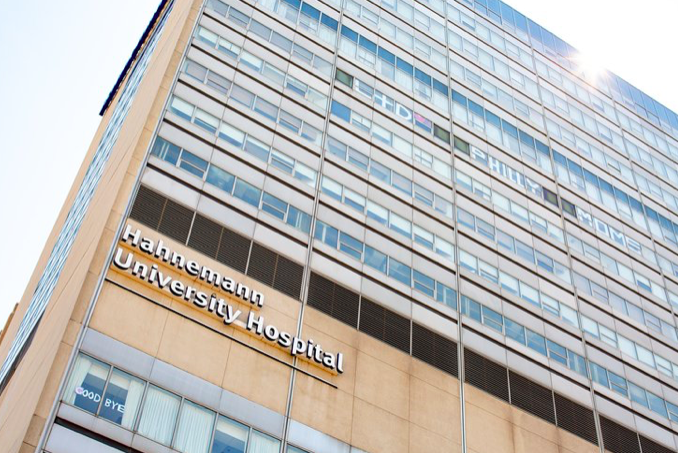 The former Hahnemann University Hospital building in Philadelphia will not be used to expand the city's response capacity during the coronavirus pandemic, Mayor Jim Kenney announced.

Philadelphia officials have ended negotiations the owner of the former Hahnemann University Hospital building in Center City, turning elsewhere in their search for additional quarantine, isolation and field hospital space amid the expanding coronavirus pandemic.

"Rather than continue this dance with him, we decided to say no thank you and move on," Kenney said during the city's daily briefing Thursday.

The former hospital, which shut down last September, does not currently have any beds and would have needed significant work in order to meet safety standards.

Kenney said Freedman initially wanted the city to buy the hospital, but Philadelphia was not looking to acquire a permanent hospital facility. The rent requested to use the space was $400,000 per month, a price higher than the city could afford.

Philadelphia had offered to pay a nominal amount in rent for the building and to cover its upkeep and expenses, which Kenney said would have made the property more marketable after the crisis passed. While eminent domain was explored, the mayor said the legal process would have been lengthy and the cost would still have been set at fair market value.

“We will focus our energies on working with other property owners in order to find temporary solutions to these absolutely vital needs," Kenney said. "And I fully expect that we will find owners who are ready and willing to step up, to work with us, to do what is best for all Philadelphians.”

Freedman had issued a statement Tuesday saying a term sheet had been presented to Philadelphia for a six-month or one-year lease of the former hospital.

"I believe everyone has the right purpose at heart," Freedman said. "The ball is in the city's court to tell us what it needs and is willing to do."

Managing Director Brian Abernathy said the city is now in talks with hotels in search of 800 or more beds that can be used for quarantine and isolation space. Earlier this week, Philadelphia entered an active lease with the Holiday Inn in Center City, which is available to serve the homeless population and other displaced individuals.

Specifically, the city needs to identify properties that have single rooms with bathrooms and showers for quarantine space. While officials have spoken to local universities, their dormitories often don't have this setup. Many college students who were unable to get home also remain in campus housing.

In terms of additional space for COVID-19 patients, the city is working with PEMA to bring in federal resources that can help create surge hospital space and discharge space to accommodate those on the mend.

Abernathy highlighted the challenges of securing locations that can be utilized in a timeframe that addresses the needs of the crisis.

"Any medical facility that's no longer in use, any building that has been mothbolled for a significant period of time, is going to need significant systems work, significant repairs and renovations," Abernathy said. "Frankly, we're spending our time looking at facilities that are as turnkey as possible in order to get folks in as quickly as possible."

Among Philadelphia's confirmed cases, 40 people are hospitalized and 44 are known to be health care workers.

Anyone experiencing severe symptoms should seek immediate medical care if there is increased trouble breathing, persistent pain or pressure in the chest, confusion, or bluish lips indicating a lack of oxygen, Farley said.

"I want to remind people the hospitals, at the moment, are not seeing an increased number of patients," Farley said. "They are certainly available for you, so don't hesitate to go to the hospital if you are have those severe symptoms and you need to receive care."

Mayor Kenney said the city's COVID-19 small business relief fund has received more than 1,700 applications across all three of its tiers.

Earlier Thursday, Philadelphia City Council passed an $85 million COVID-19 relief package that will be used by the city for essential personnel staffing, purchasing personal protective equipment and vehicles, and leasing of additional sites.

Philadelphia also has received 24 donations of PPE from various organizations. Those who wish to make donations can submit details of their supplies for city teams to inspect and determine whether they are viable for use.

"We've had more than 150 such offers since Monday," Kenney said. "These offers come not just from city businesses or residents. They're coming from the suburban counties as well. This will quite literally help save lives, and these donations are a reminder that when it comes to people in need, residents of the entire city and region know how to step up and meet that need."