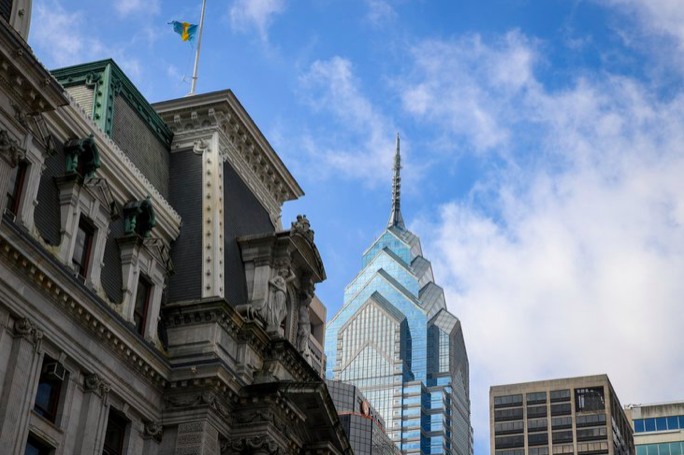 Philadelphia Health Commissioner Dr. Thomas Farley has asked those in the city who recently traveled to New York City to enter a strict 14-day quarantine to prevent the spread of COVID-19. New York City has become the epicenter of the coronavirus pandemic in the United States.

New York City has emerged as the epicenter of the COVID-19 pandemic in the United States, with more than 17,850 confirmed cases. The state as a whole has recorded more than 30,800 as of Wednesday afternoon.

Farley's message comes after White House public health advisor Dr. Deborah Birx provided similar guidance Tuesday night: Anyone who has left New York with in the past week should quarantine for 14 days.

"We think that this advice makes sense," Farley said. "New York City is seeing a very rapid increase in cases, more than 2,500 cases per day in the city alone. As the city that is that is closest to New York City in this nation, we want to limit as much as possible the spread of infection between people who have traveled between the two places."

Per the Philadelphia Department of Public Health's guidelines, those who have traveled to the metropolitan New York City area in the previous 14 days should go into quarantine for an additional 14 days. This includes those who have been in Nassau, Suffolk and Westchester counties. It also includes Bergen County in New Jersey.

Philadelphia officials reported the city's first coronavirus death, a man in his 50s who had an underlying health condition. The city also added 93 new cases of COVID-19 on Wednesday, bringing the city's total to 342 cases. Among them, 37 were known to be health care workers.

A further analysis of the patients found that 12 were younger than age 20, 163 were between 20-39 years old, 85 were between 40-59 years old, and 82 were over 60 years old. These findings match with demographics of the virus found in other locations, demonstrating that younger people are commonly infected and spread the disease.

In the future, Farley hopes to develop a map showing a distribution of COVID-19 cases across the city. For now, he said that the virus has already been found in all parts of Philadelphia.

City officials also addressed speculation about the shuttered Hahnemann University Hospital, which has been noted as a possible site for use during the pandemic.

Philadelphia Managing Director Brian Abernathy said negotiations with the building's owner remain ongoing, but that the facility would most likely not be used as a hospital setting if the city were to move forward. It remains in need of HVAC and elevator repairs to meet standards to reopen.

"Given the condition of the building and given the current needs, we're certainly willing to cover the owner's operating expenses," Abernathy said. "We don't feel we should be paying rent for what would otherwise be a vacant building."

If a deal emerges for Hahnemann, the property will most likely serve as quarantine and isolation space for homeless residents and others who do not have anywhere to self-isolate, supplementing rooms the city has leased at the Holiday Inn in Center City, Abernathy said.

Philadelphia City Councilwoman Helen Gym raised the possibility on Tuesday of gaining access to the hospital through eminent domain. Abernathy said the city's law department is looking into this, but that Philadelphia would still be required to pay fair market value for the property.

Mayor Jim Kenney expressed gratitude for the $2 trillion federal aid package that will provide relief to citizens, businesses and hospitals across the country. Philadelphia's revenue and finance departments are gathering information about when the funds will be distributed and how they are designated.

The mayor also reiterated that all of the city's decisions about reopening schools and businesses will be based on public health.

"Projecting forward each couple hours is difficult, let alone projecting forward months," Kenney said. "The one thing I can assure you — we will follow the medical advice as to when we can and cannot do certain things. Open schools, open government, get back to normal, it'll be medical decision solely."