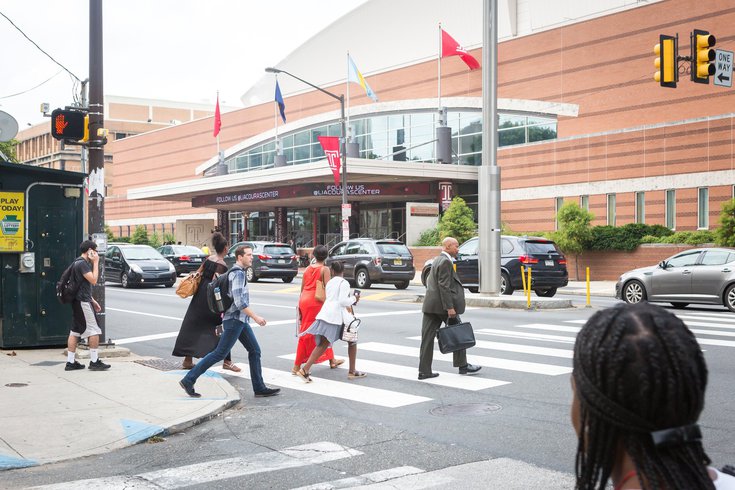 The news came as the Philly recorded 154 new COVID-19 cases and two deaths, bringing the city's total cases to 657 and its death toll to three. Fifty people have been hospitalized at one point or another, while another 54 cases were health care workers.

"This will be used to expand our hospital bed capacity if our brick and mortar hospitals are strained by this epidemic," Mayor Jim Kenney said. "Materials and supplies will be moving into the Liacouras Center over the next few days."

Temple is not charging the city for use of the venue, but Managing Director Brian Abernathy said it's possible Philadelphia may cover some operating costs for use of the facility.

The arena will be able to hold about 250 patients – though it may not hold COVID-19 patients. City officials said the facility may end up housing patients with other medical needs, freeing up conventional hospital beds for those battling coronavirus.

Other venues on Temple's main campus, including the TU Pavilion and a parking garage, also might be utilized. The timeline for use of the site is unknown at this time.

The city already has entered a lease for the Holiday Inn Express in Center City to provide quarantine and isolation space for those who need it, including the homeless. Abernathy said Philadelphia is leasing approximately 150 rooms there.

On Thursday, the city abandoned negotiations with the owner of the former Hahnemann University Hospital in Center City. Officials continue to seek out additional sites that can be utilized for various needs that arise during the course of the pandemic.

"All of the efforts that we are making right now — and that includes quarantine space, isolation space, additional hospital beds, additional ventilators, PPE — all of that is to prepare for what is likely to be a surge in patients," Abernathy said. "We don't want to be caught flat-footed. We want to be as prepared as possible to deal with a rapid increase in patients."

The two new victims were both women in their seventies, Health Commissioner Dr. Thomas Farley said. One of them was a resident at nursing home where the coronavirus was previously detected, underscoring the ongoing need to ban visitation at these locations.

As a precaution, nursing homes in the city are screening all staff for symptoms and requiring they wear personal protective equipment at all times. Patients who have tested positive are being separated and cared for in cohorts. There is no discussion at this time to close nursing homes.

The city also announced its first COVID-19 case for a corrections officer, as well as at least one inmate in the prison system. Inmates are being held in quarantine and the city continues to work with the courts to reduce the prison population through emergency petitions.

Farley said Philadelphia now has coronavirus cases in every ZIP code. The health department hopes to soon release a map online enabling residents to follow the spread of COVID-19.

Kenney said the city's PHL COVID-19 Fund has raised more than $8.25 million after one week. To expand the relief effort, Philadelphia is partnering with 76ers star Ben Simmons on the Philly Pledge campaign to raise money for the fund and to support the nonprofit hunger relief organization Philabundance.

Philly! Being isolated during this unprecedented time doesn’t mean we can’t come together as a City. Finding nonprofit organizations who are helping on the front line is often hard but @ThePhillyPledge have made it easy. You can make a donation for as little as $25. We can all make a difference and show the world what the City of Brotherly Love is all about. Be safe. #ThePhillyPledge @thephillypledge ❤️

"As a city, we always band together. And no matter how far away we move in this world, Philadelphia is always home," Simmons said in a statement. "Through thick and thin, wins and losses, championships or bust, we always come together in a time of need and leave no one behind."