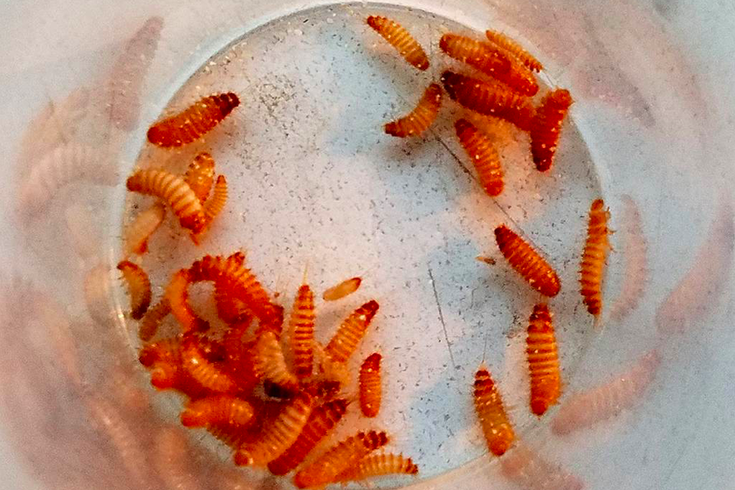 Agriculture specialists with U.S. Customs and Border Protection announced Monday that they intercepted a Philadelphia-bound rice shipment containing live larvae of the invasive Khapra beetle sent by a family from Saudi Arabia.

CBP officials said in a release that authorities discovered 60 live Khapra beetle larvae, 25 cast skins and 25 dead adults "commingled within rice" as part of a household goods shipment that arrived via Cargo City Philadelphia on Sept. 12.

"Generally we'll see larvae and dead skins, but this is the first time in eight years I've ever seen 60 live larvae," said Steve Sapp, a spokesman for the CBP's agriculture protection mission. "They're very destructive. They don't just destroy what they touch. They destroy the entire shipment."

The specimens were submitted to a USDA entomologist who confirmed the species as Trogoderma granarium Everts, commonly known as Khapra beetle and native to India. Through global trade, the species has become established in several Mediterranean, Middle Eastern, Asian and African countries. 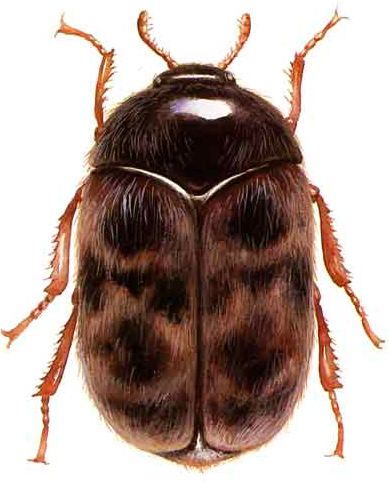 "We're trying our best to make sure that it doesn't establish a foothold in the U.S.," Sapp said. "It's very difficult to eradicate once it's established. They'll ruin cereals, grains, stored and dried goods. These were probably about the size of maggots, or even smaller. They're easy to spot."

The Khapra beetle is such a threat to these grain crops that it remains the only insect for which CBP takes regulatory action even when the pest is discovered in a dead state. In response to the Philadelphia discovery, CBP officials have prohibited imports of noncommercial quantities of rice from Saudi Arabia to the United States.

The shipment, ultimately destined for Ohio, contained dried lemons, several open packages of herbs and one open burlap bag of rice weighing more than six pounds. The larvae were discovered at the bottom of the box.

"Families that come in or send in goods stateside don't always distinguish the same way we do between prepared food and food products," Sapp said. "We count them all and have to be very clear about that with those visiting the United States. This particular box was not with a passenger."

The Khapra beetle is considered a "dirty feeder" because it damages far more grain than it consumes, primarily through contact with its hair and body parts. Contaminants can cause gastrointestinal irritation in adults and are especially sickening to infants, officials said.

Past Khapra beetle infestations, including a scare in California in 1953, proved incredibly expensive to the U.S. taxpayer. Successful eradication efforts totaled about $11 million at the time, the equivalent of about $90 million today when adjusted for inflation.

Sapp said there was nothing particularly noteworthy about the source in Saudi Arabia.

"The location isn't significant other than that it is known to occur in that region," Sapp said. "Sometimes we'll see insects hitchhiking on fruit shipments from South America. You really have to look at the opportunity for the threat to arrive."