Darren Sproles is the Eagles' lead back, per Doug Pederson 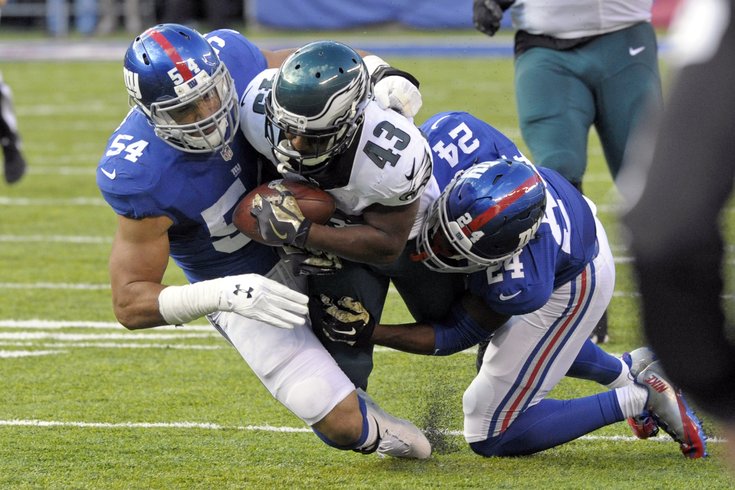 Darren Sproles is racking up a higher than usual number of carries lately for a player his size.

All season long, Philadelphia Eagles head coach Doug Pederson has maintained that Ryan Mathews is the lead running back. More recently, it is crystal clear that he is not.

Ever since his devastating fumble in the fourth quarter against the Detroit Lions, Mathews has carried the ball 32 times, and caught three passes over the last four games. Over the last two games alone, Darren Sproles has 28 carries and eight receptions.

"By stats and by what you're seeing, I would say that Darren is the No. 1 back right now," said Pederson. "You know, Ryan is still a big part [of the offense]; you saw the touchdown run that he had yesterday. Kenjon had a nice run. Wendell had a nice run. So it’s still a little bit of the running back by committee. Obviously, we haven't hung our hat on one guy, but we tend to lean more toward Darren Sproles. It's hard to take him off the field right now."

It's a "running back by committee" so much so that Sproles is getting 80 percent of the snaps. Pederson is correct though. He's one of the few players on the offense who is producing positive plays, while Mathews and Smallwood both had game-changing fumbles that helped result in losses.

Halfway through the season, Mathews has just 76 carries and nine receptions. Next year Mathews will count for $5,000,000 against the salary cap, $4,000,000 of which the Eagles can save if he is cut or traded.