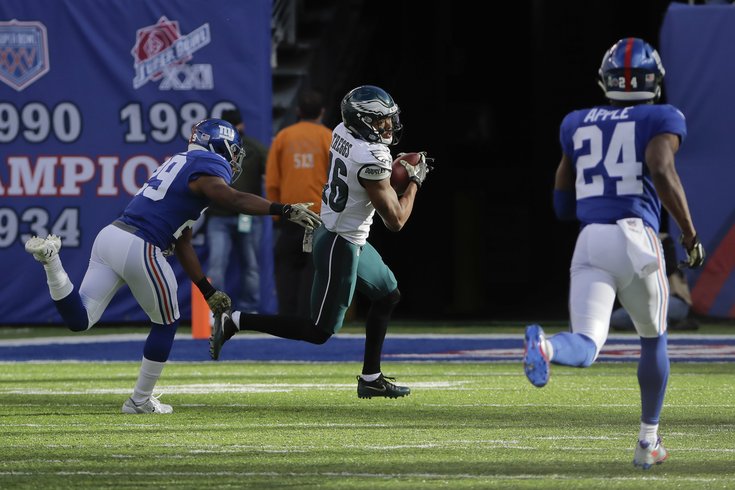 In the Philadelphia Eagles' game against the New York Giants Sunday afternoon, there was a rare sight, not unlike Sasquatch, El Chupacabra or the Loch Ness Monster. It was an Eagles wide receiver getting behind the opposing team's defense, a phenomenon previously thought to be a myth.

That was Bryce Treggs, who played in his first professional game, catching two passes for 69 yards, which included a 58-yard strike from Carson Wentz, shown here:

"I think that, obviously, he went into this game very excited to play, the first time being active," said Pederson of Treggs. "He had two big catches for us, obviously (including) the explosive play down the field. I think you'll see more of a role for him in the coming weeks."

Treggs is easily the speediest of the Eagles' receivers, and his mere presence should force opposing defenses to at least respect the threat of a deep ball, which was nearly non-existent through the first seven games.