Is daylight saving time bad for our health?

Everyone gains an hour of sleep this weekend when the clocks are set back one hour. That's a good thing, right? 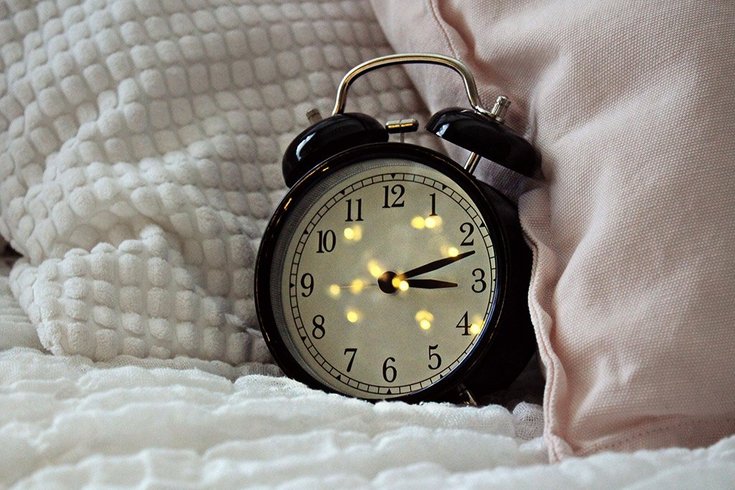 Daylight Saving Time ends Saturday, Nov. 2. What could be bad about gaining an extra hour of sleep? Experts say even the extra sleep can disrupt a person's sleep cycle, and the shorter daylight hours can lead to seasonal affective disorder.

This weekend we all set our clocks back an hour as Daylight Saving Time comes to an end. While some of us will be able to take advantage of the extra hour of sleep, others will find their sleep cycle even further disrupted. Here are some ways DST may play havoc with your health.

Leaving for work in the dark and coming home in the dark can be hard to adjust to, and many people may experience symptoms of seasonal affective disorder, a type of depression related to seasonal changes, as winter quickly approaches. The number of overall depression diagnoses also tend to go up.

One 2016 study conducted in Denmark found that "the number of depression diagnoses (during the month after the transition from daylight saving time to standard time) is approximately 8% higher than expected."

The time change can also mess with our sleep patterns in negative ways, especially in people who already don't get enough sleep. While this is a bigger issue in the spring when everyone loses an hour, even in the fall, some may find their circadian rhythm thrown off.

Timothy Morgenthaler, Mayo Clinic's co-director of the Center for Sleep Medicine told USA Today that your sleep patterns can be affected for up to a week both now and again in the spring.

This is of concern because plenty of research has confirmed how lack of sleep affects our memory, learning capabilities and other cognitive abilities. Disruptions to our circadian rhythm, experts say, have also been associated with higher risks for obesity and diabetes.

A University of Colorado study in 2014 investigated how Daylight Saving Time impacts our risk for heart attacks or strokes. Although there were several limitations to the study, it did seem to suggest that in the spring our risk of heart attack goes up about 25%, and in the fall it decreases by about 21%.

Another study presented at the 2016 American Academy of Neurology meeting offered preliminary data on stroke risk. They found that both losing or gaining that hour of sleep could raise your chances of having a stroke.

Morgenthaler noted though that some of the studies exploring the negative health effects of DST discovered that it was "the timing (but not the incidence) of strokes and (heart attacks)" that may be affected by it.

In addition, most studies suggest that this elevated risk goes away at the end of Daylight Saving Time in the fall.

NBC 10 Boston also talked to Till Roenneberg, a circadian rhythm specialist at Ludgwig-Maximillian University in Munich, Germany who added that "a mismatch of one hour daily is enough for ill effects, especially if it last(s) for several months."

So is there anything you can do to combat these effects? CNN has some helpful tips including getting more sleep and giving your body time to adjust to the time change. Read more suggestions here.