Delco diner ordered to pay its servers and kitchen staff $1.35 million after using their tips to pay other employees 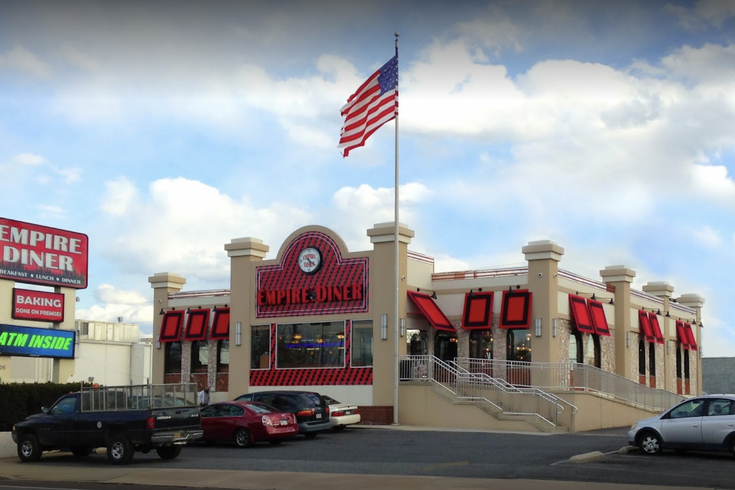 Delaware County restaurant Empire Diner was ordered by a federal judge to pay 107 current and former kitchen services staff employees over $1 million after using their tips to pay other employees.

A federal court judge ordered a Lansdowne diner to pay current and former employees over $1 million in back wages.

According to the U.S Department of Labor, after a 2018 lawsuit, Empire Diner, a Delaware County restaurant, was found liable for illegally using tips from servers and kitchen workers to pay other employees from Jan. 12, 2015, until at least Jan. 14, 2018.

107 current and former employees had at least 10% to 15% of their tips taken from them, according to the court ruling. Empire management required staff to give a percentage of their tips earned to a tip pool; however, the wages went to employees who bussed tables, and based on court documents, there was no valid tip pool.

Servers were paid $2.83 an hour, below the Pennsylvania minimum wage requirement of $7.25 per hour, but the tips were supposed to make up that difference.

"Tipped workers in the food services industry rely on their hard-earned tips to make ends meet; by diverting a portion of these tips, restaurant employers violate federal labor laws and harm workers and their families," said Jessica Looman, Deputy Wage, and Hour Administrator.

An Investigation by the labor department found that Empire owner Ihsan Gunaydin and his son Engin, the restaurant manager, violated minimum wage laws and interfered with the ongoing investigation by telling employees to lie about the diner's practices. Court documents said that the owner did not keep proper records of tips received and the amount of time owed to employees. He was also accused of paying straight time to employees for hours worked even if they worked over 40 hours.

Under the Fair Labor Standards Act, any overtime worked by nonexempt employees must be paid at time and a half.

Court documents revealed that Gunaydin's lawyer, James Bell, said the employees did not accurately keep track of the tips they made, which forced the owners and management to blindly guess on its payroll documents. He claimed that Gunaydin was never told his practices were illegal by his accountants and outsourced payroll companies.

An email to USA Today from Gunaydin stated that he plans to appeal the court decision. He has until Oct. 18 to file that appeal.

Gunaydin was also assessed a $47,620 civil money penalty because of his violations.

"This legal action recovers the workers' hard-earned wages and sends a strong message to other restaurant employers that violations come at a high cost," said Solicitor of Labor Seema Nanda. "The U.S. Department of Labor is prepared to use every tool available, including litigation, to prevent employers from depriving workers of their wages."

Over 900,000 food and accommodation services workers left their jobs in June 2022, according to labor statistics.

"Employers who take advantage of workers by violating their legal rights will find it increasingly difficult to recruit and retain the people they need to fill jobs and stay in business," Looman said.

In August, Philadelphia restaurant Del Frisco's was ordered to pay workers $24,500 after breaking the Fair Workweek law, which requires employers to provide service employees with a predictable work schedule and give employees their schedule with at least 14 days of notice.