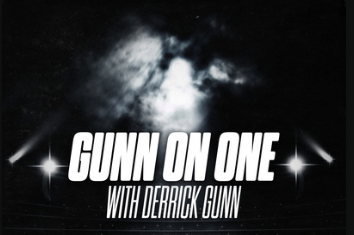 Longtime Philadelphia Eagles reporter Derrick Gunn has a new podcast that will feature interviews with players, sports personalities and entertainers.

If you couldn't imagine a Philadelphia Eagles season without Derrick Gunn covering the team, you'll be spared the horror.

Gunn, let go last month from NBC Sports Philadelphia after 23 years with the network, has officially launched his new "Gunn on One with Derrick Gunn" podcast.

Gunn announced the podcast last week, hinting that he has an extensive lineup of guests ready for interviews in the coming months, ranging from athletes to sports personalities and entertainers.

You've been asking for it, and now we're delivering! Welcome to Gunn On One with @RealDGunn. Each week Veteran NFL reporter & TV anchor, Derrick Gunn, will go one on one with your favorite athletes, sports personalities & entertainers!https://t.co/Upcc4K95y2 pic.twitter.com/a6ZYuJDyMh

The conversation spans from Graham's breakdown of his iconic Super Bowl strip-sack, the challenges of the NFL's COVID season, and the time Graham almost bolted for the New York Giants as a free agent.

The podcast will be a different format for Gunn, but given the level of respect and trust he has in the Eagles locker room and among fans, there's a good chance these conversations will give him more room to reveal insight into the team and offer analysis during the season.