Jefferson Health, MANNA team up to deliver meals to diabetics 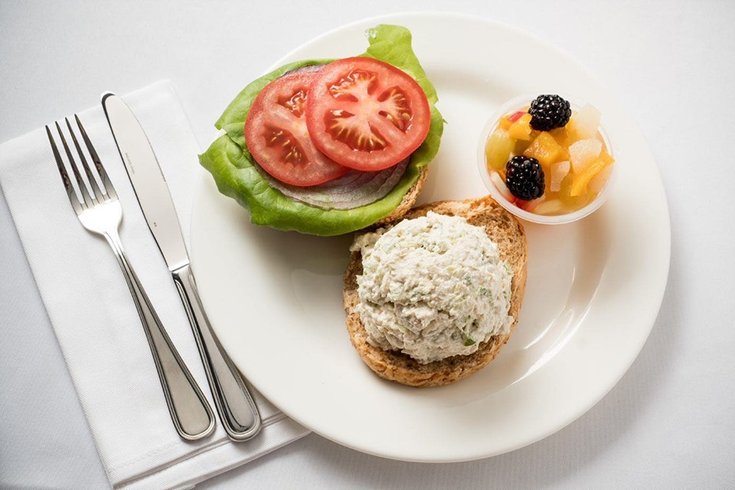 Jefferson Health and MANNA are teaming up to deliver medically-tailored meals to diabetics as part of an effort designed to help type 2 diabetics better control their levels. The meals will be similar to the one above, a chicken salad sandwich popular among MANNA clients.

Dr. Kristin Rising has spent more than five years studying the needs of type 2 diabetes patients and the health care system's ability to meet them.

Researchers hope the combination will increase diabetics' access to healthy foods while providing better instructions on how to maintain an appropriate diet.

The researchers want to see whether the interventions reduce future emergency department visits and hospital admissions while also proving to be cost-effective.

One group of patients enrolled in the study will receive 21 meals each week for a duration of 12 weeks. The meals, delivered by MANNA, will be medically-tailored to each of the patients. They come pre-made, needing only to be heated.

"We believe that's a big component – we portion everything," said Sue Daugherty, MANNA's chief executive officer. "They don't have to think too much about it. We kind of laugh, because when patients start on our meal plan, if we said, 'What would you like us to send each week,' they probably wouldn't pick what we will be sending."

A typical day might start with French toast sticks, veggie sausage and fruit for breakfast. Lunch might include corn chowder, fruit and a roll. Dinner might be chicken piccata, creamy kale risotto and a california vegetable blend. Each day includes an apple or vegetable-based dessert, like pear cake.

A second group of patients also will receive individual telehealth sessions with a nutritionist for six months, followed by additional group sessions. The nutritionist counseling is designed to sustain behavior change after the food intervention ends.

Though nutrition sessions are known to improve diabetes outcomes, Rising said the majority of patients with poorly-controlled diabetes don't utilize it. Logistics – including travel time and work commitments – can prove a major barrier.

The telehealth aspect of the study aims to remove that barrier, Rising said.

A control group will receive the standard treatment for type 2 diabetics.

"For 29 years we've been advocating the role of medically-tailored meals in health care," Daugherty said. "And getting it recognized as a treatment and getting insurer payers to reimburse for a prescribed diet – just as they would for a prescribed medication."

Beginning in January, researchers plan to enroll 200 patients in the study each year, Rising said. Each patient will be followed for a year.

The study is funded by the National Institutes of Health.