The president fears the impact that outlawing flavored e-cigarettes could have on his re-election chances, report says 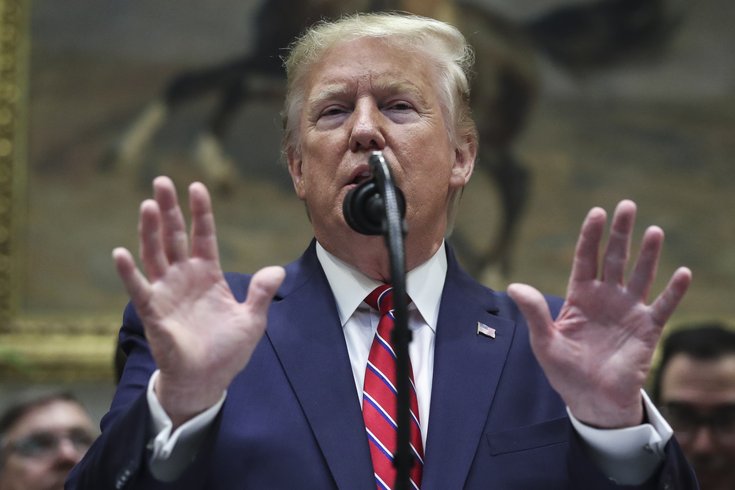 President Donald Trump reportedly refused to sign off on a flavored e-cigarette ban drawn up by federal regulators despite previously claiming he'd do just that.

Federal officials were ready to hold a news conference announcing regulations that would prohibit the sale of candy-, fruit- and mint-flavored vapes within 30 days. But on Nov. 4 – the night before the announcement was set to happen – Trump declined to sign a necessary one-page "decision memo," according to The Washington Post.

The ban would have required e-cigarette manufacturers to get approval from the U.S. Food and Drug Administration before putting their products back on the market. Trump and U.S. health secretary Alex Azar initially pledged to ban flavored vapes after a mid-September meeting at the Oval Office.

But the proposed regulations no longer appear imminent.

Trump reversed course because he thought banning flavored e-cigarettes would hurt his re-election chances, The Post reported, citing unnamed sources. Protesters had begun appearing at his events. Trump reportedly feared the impact of job losses within the industry as he touted a strong economy, particularly in battleground states.

Yet, the president possibly could pursue a less restrictive way to prevent youth from using e-cigarettes and related vaping products. Here's more from The Post:

"Given Trump's record of zigzags, some officials cautioned the president could reverse course again. Or he might back some ban on flavored e-cigarettes that exempts vape shops. Others said the White House might pursue a different tack altogether by endorsing legislation that would raise the minimum federal age for buying tobacco products to 21 from 18 or take other steps to try to prevent teens from getting access to the products."

Just days after the canceled vaping press conference, Trump told reporters that his administration wanted to raise the minimum age to purchase e-cigarettes, a move that would require Congressional action.

The U.S. Centers for Disease Control and Prevention is investigating a surge in lung illnesses tied to e-cigarettes and vaping products, including those containing THC, the psychoactive compound in marijuana. There have been 2,172 confirmed and probable vaping-related lung injuries. Forty-two people have died in 24 states, including Pennsylvania and New Jersey.

Earlier this month, CDC officials pointed to vitamin E acetate as a likely cause of some of the injuries, but they emphasized that there could be multiple components causing harm.