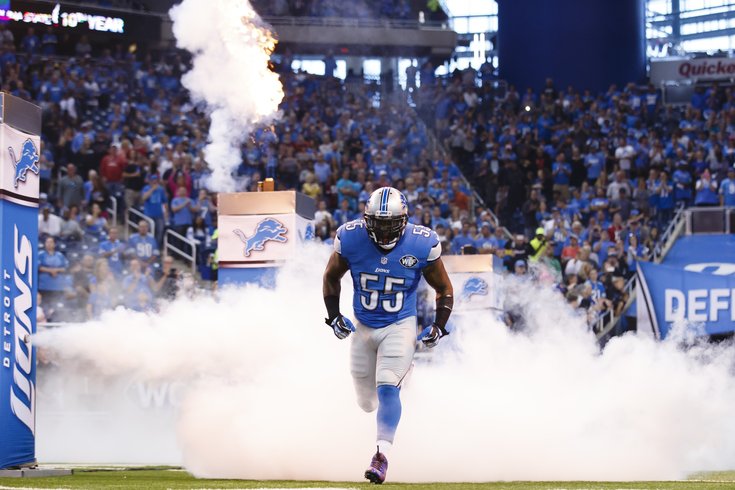 Stephen Tulloch will compete for the starting MLB job, according to Doug Pederson.

Pederson also gave the first indications as to what Tulloch's role will be on the Eagles' defense, which was previously unclear.

"Obviously he's familiar with Coach Schwartz's defense," said Pederson. "At the same time, he's coming in to compete for that linebacker spot there in the middle. And then it's just unfortunate with the loss of Joe (Walker) that we need depth to fill that spot. We just have to see where he's at, what his health is when he gets here, his physical, all that stuff that we do with players, and then slowly work him in.

"He's competing for the spot. Right now Jordan is the starter, and it goes without saying that at every position (there's competition). With the loss of Joe (Walker), we needed a linebacker and he was the best available for us."

As far as Jordan Hicks potentially moving to one of the outside linebacker spots, Pederson said that Hicks is capable, but that is not the current direction of the team.

"Can he? I think he's athletic enough and smart enough. Possibly. But right now that's not the plan," Pederson explained.

Tulloch has been a regular starter in the NFL since 2008, and therefore he does not have much in the way of experience on special teams. Additionally, at 31 years of age, Tulloch feels like a player who would not be asked to chip in much on special teams. However, Pederson noted that Tulloch may a contributor in that area.

"When I get a chance to sit down with him and Coach Fipp, this is a team sport and everyone has to play a big role in special teams," Pederson said. "I know in his past, he hasn't played a lot of areas, but if he can come in and at least give us one special teams unit right now to begin with, and then we'll see where it goes from there. But linebackers in general and tight ends definitely play the bulk of your special teams, so that's something that we have to consider and get him on at least one core team."