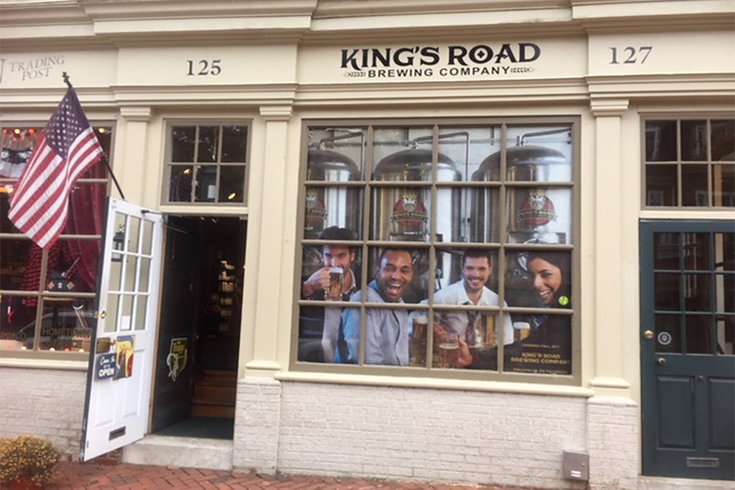 The front of the new Kings Road Brewing Company blends with the retail facades of downtown Haddonfield. The nanobrewery and tasting room took over a vacant former women’s accessories store at 125-129 Kings Way Highway E.

In New Jersey, it seems like you can’t swing a cat by the tail without hitting a craft brewery, microbrewery or a brewpub.

Make room for another – this one in Haddonfield, which has been dry for more than a century.

The Kings Road Brewing Company opened just before Christmas in a building which operated as a tavern during colonial times.

Nearby in South Jersey, there are many new breweries: Tonewood in Oaklyn, Devil’s Creek in Collingswood, Lunacy in Haddon Heights, Eclipse in Merchantville, Forgotten Boardwalk in Cherry Hill, Zed’s in Marlton and more places than we can list as the outer ring expands to encompass the damn-near venerable — 21 years in business — Flying Fish in Somerdale.

And on and on, with brew operations from Cape May to Point Pleasant along the coast.

The best-guess count right now is 82 breweries and 9 brewpubs in the state, with as many as 30-some more operations seriously working toward openings.

But — and here’s the cautionary part — about 20 facilities throughout the state have either closed or their openings are at a standstill and may never open.

Add to that the fact that craft brewing operations are still expanding across the country, but more slowly than in the past decade, with 6,000 breweries in operation nationally and 98 percent still considered small and independent.

So, that raises the question, pun intended: Is the craft brew scene saturated in South Jersey?

Not to worry yet, according to two local beer experts.

“Pennsylvania is a much more mature market,” said Tara Nurin, a beverage writer, pointing to 247 operations in the Keystone State – if brewpubs and breweries are counted together.

“New Jersey has been slow to catch up. And New Jersey is not slowing down,” added Nurin, who lives in South Jersey.

Nurin, who writes for Forbes among others, said South Jersey has been stronger than elsewhere in the state when it comes to craft brewing, likely due to its nearness to Philly.

The Kings Road brewery is something of a return to roots for dry Haddonfield. It is housed in what once was a colonial tavern.

“Philadelphia is a better beer town than New York and the costs are lower there. I don’t see it slowing down.”

But as the market matures, she said expansion could “come to a screeching halt,” because many wanna-be brewers “don’t know what they are doing.

Don Russell, more widely known by his beer column byline, Joe Sixpack, said the place where there is real saturation in South Jersey is at the retail level, with limited shelf-space and a finite number of taplines.

But on the brewing level, that has not been a problem, according to Russell, the former executive director of the Garden State Craft Brewers Guild. He pointed to tiny Pitman in Gloucester County where two brewing operations — Human Village and Kelly Green — are just a few doors apart.

Buy-in costs are low in New Jersey, with the smallest brewing operations paying just $1,250 for a state license – and a max cost of $7,500. While relatively minor so far, some taverns are resisting serving local craft brews, claiming they have an unfair advantage due to their inexpensive brewing licenses. 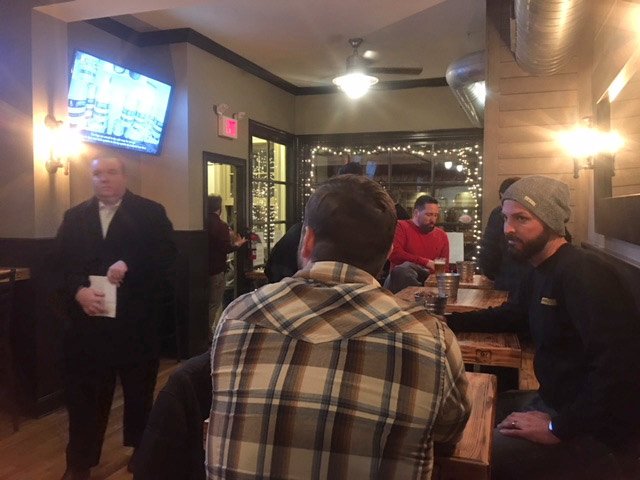 Enjoying a beer at the Kings Road Brewing Company, Dan Bickhart, at right in the knit hat, says the new place offers a sense of community in his town of Haddonfield.

Bob Hochgertel and his four partners know they are a bit late to the craft brewing game, but they like their prospects in otherwise dry Haddonfield, where all of them live.

Community is a cornerstone of small brewers’ success. Hochgertel said they all got to know each other because they are roughly the same age and their kids all played soccer together.

Oh, and they took a beer appreciation class together last year under the guidance of Chris Thomas, who had worked for years at Monk's Cafe in Center City Philadelphia, a beer-drinking shrine. Eureka! An idea was born.

They took over a vacant former women’s accessories store at 125-129 Kings Way Highway East in the downtown, hired professional brewer Connor Pensiero, brewed up a solid standard lineup of beers for opening and even sold a limited number of memberships with perks. For now, it is open from 3 to 10 p.m. Fridays and noon to 10 p.m. Saturdays. 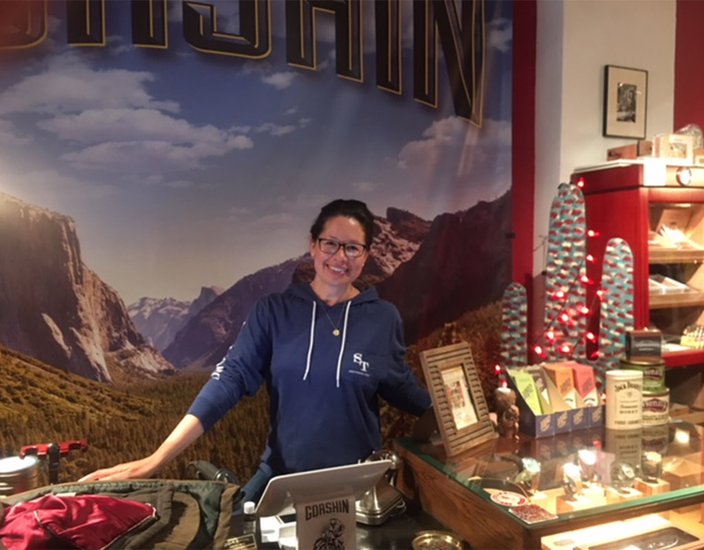 Haddonfield merchant Maria Gorshin of Gorshin Trading Company said her customers are excited about the brewery that just opened next to her shop.

Next door, the Gorshin Trading Post — a cross between a man cave and a general store — is psyched, “not for us, but for the town,” said co-owner Maria Gorshin.

“There’s a genuine enthusiasm” in the typically staid town, she said.

Hochgertel admits there is a certain faddishness toward brewing and faddishness and Haddonfield do not typically go together.

But the tiny hipster contingent of the town — plaid flannel, knit hats and varying degrees of facial hair — have quickly embraced the new venture.

“I’m going to drink everything, said Dan Bickhart, 37, during a recent soft-opening evening. “I like trying new things.”

Bickhart was there at Kings Road with “guys I know from the neighborhood,” he explained, one of the appeals which has kept craft brewing expanding.

“It’s a hometown thing. You feel like you belong. It’s comfortable,” said Bickhart, drinking it in.