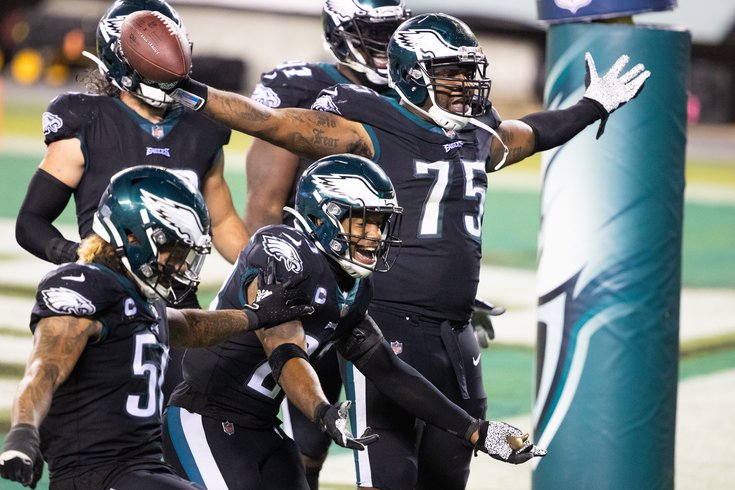 If you're reading this article, you're either an Eagles fan, a betting "enthusiast" or both.

We said earlier this week, before the Eagles faced off against the Giants (and won), that the team had a good chance of closing the betting odds gap between them and the Cowboys, and they did just that.

If you didn't get in on the Birds to win the division before today, you potentially lost some serious coin. Heading into Sunday's upcoming slate of games, the Eagles — according to DraftKings and Bet Rivers' latest odds at TheLines.com — are favored at +105, down from +135 just a day ago. Meanwhile, both books now have the Cowboys with the second-best odds in the division for the first time all year at +125.

That could change in an instant, of course, with the Cowboys slated to face Washington in what should be an easy win for them. But you also never know, as struggles on both sides of the ball last week in primetime made for embarrassing results in Dallas. The division is ripe for the taking.

As for now, the Eagles control their own destiny and could realistically seize control of the dreadful division with wins in their next two games, conveniently against the Cowboys and Giants again.

With a win tonight, the Eagles' chances of winning the NFC East would shoot up to 60.8%, according to ESPN FPI.

According to the stat geeks at fivethirtyeight.com, the Eagles currently hold a 59% chance of winning the division and are projected to go 7-8-1. Eagles fans would certainly take that.